The Nick Jonas “Live In Concert” Tour Kicks Off September 6th; Tickets on sale May 22nd at Livenation.com and Ticketmaster; Tour heads to Mohegan Sun Arena on September 11th 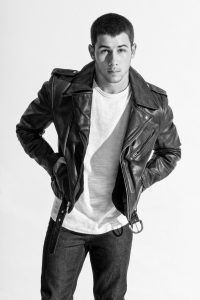 UNCASVILLE, CT (May 18, 2015) – Just off the heels of his performance at the 2015 Billboard Music Awards, music’s newest leading man, Nick Jonas, announced today details behind his upcoming North American solo tour. The NICK JONAS “LIVE IN CONCERT” TOUR, produced exclusively by Live Nation, will kick off on September 6th as the versatile recording artist, performer and actor  sets out on the road in support of his critically-acclaimed self-titled solo album via Island Records.  The much anticipated tour will make stops in 19 cities throughout the U.S. and Canada with dates in New York City, Los Angeles, Toronto, Chicago and San Francisco and also includes an early stop at Mohegan Sun Arena for a Friday, September 11th concert, set for 8:00pm. Pop music breakout, BeBe Rexha, will join the tour as a special guest.
Tickets are $39.50 and go on sale Friday, May 22nd through Ticketmaster at 10:00am. Ticketmaster customers may log on to ticketmaster.com; call Ticketmaster’s national toll free Charge By Phone number 1.800.745.3000; or visit any Ticketmaster outlet. Tickets will also be available at the Mohegan Sun Box Office starting Saturday, May 23rd, subject to availability.
Citi® cardmembers will have access to pre-sale tickets beginning Tuesday, May 19 at 10:00am local time through Citi’s Private Pass® Program. For complete pre-sale details, visit www.citiprivatepass.com.

Edited Version
Music: http://smarturl.it/SageJonasGoodThingEd
Google Play: http://smarturl.it/SageGoodThingEdGP
Amazon: http://smarturl.it/SageGoodThingEdAZ
Mohegan Sun Arena is now ranked consistently among the top venues in the world according to Billboard Magazine, Pollstar and Venues Today. It has won “Casino of The Year” at the Country Music Awards in 2008 & 2010 and in 2013, was voted “Arena Of The Year” at the G2E Global Gaming Conference in Las Vegas. Also in 2013, Mohegan Sun won “Casino of The Year” in 2 categories at the Academy of Country Music Awards. Mohegan Sun Arena was also ranked among the top 10 Arena venues in the nation for 2014, regardless of size. For more information on concerts and other great events, visit Mohegan Sun. For information on this week’s schedule, call the Entertainment and Special Events hotline at 1.888.226.7711, ext. 27163.