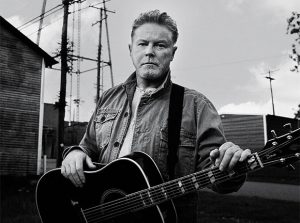 UNCASVILLE, CT (April 5, 2016) – Don Henley will tour Europe and North America this summer beginning June 20th in Stockholm, Sweden at Ericsson Globe, with dates scheduled through September 21st. Henley will play Mohegan Sun Arena on Saturday, September 17th for a 7:30pm concert. The artist will perform songs spanning his entire career from the Eagles and his vast solo catalog, including songs from his latest release, Cass County.
Tickets are $69.50 and $49.50 and go on sale Saturday, April 9th through Ticketmaster at 10:00am.  Ticketmaster customers may log on to ticketmaster.com; call Ticketmaster’s national toll free Charge By Phone number 1.800.745.3000.  Tickets will also be available at the Mohegan Sun Box Office starting Sunday, April 10th, subject to availability.
American Express® Card Members can purchase tickets for many of the concerts before the general public beginning Tuesday, April 5th at 10:00am local time. Check donhenley.com for complete tour and ticketing information.
Don Henley, both as solo artist and as a member of the Eagles, has received many accolades, including eight Grammy Awards, numerous gold and platinum records and performed sold-out concert tours worldwide. A respected, popular and critically celebrated musical artist, Henley is a founding member, vocalist and songwriter of the Eagles that has become one of the most influential bands in America. Henley’s solo
career is acclaimed with such hits as “Dirty Laundry,” “Heart Of The Matter,” “Boys Of Summer,” “The End Of The Innocence,” and “All She Wants To Do Is Dance.” He was inducted into the Rock & Roll Hall of Fame in 1998.
Henley’s career as a musician and activist continues to evolve.  In 1990, he founded the Walden Woods Project (walden.org), a not-for-profit organization dedicated to protecting the historic woods in Massachusetts where author/philosopher Henry David Thoreau first championed the concept of land conservation.  The Project, celebrating its 25th anniversary has protected vast tracts of Walden Woods from the threat of commercial development, has created a highly acclaimed environmental educational initiative for students (worldwidewaldens.org), and maintains the most important library of Thoreau-related research material in the world.  In addition, Henley founded the Caddo Lake Institute in his native East Texas, a privately operating foundation to act as an “ecosystem-specific” sponsoring entity, underwriting local wetland science and conservation education including cultural and ecological research and monitoring. Henley also co-founded the Recording Artists’ Coalition, a nonprofit, nonpartisan group formed to represent the interests of recording artists.
Mohegan Sun Arena is now ranked consistently among the top venues in the world according to Billboard Magazine, Pollstar and Venues Today. It has won “Casino of The Year” at the Country Music Awards in 2008 & 2010 and in 2013, was voted “Arena Of The Year” at the G2E Global Gaming Conference in Las Vegas. Also in 2013, Mohegan Sun won “Casino of The Year” in 2 categories at the Academy of Country Music Awards. Mohegan Sun Arena was also ranked among the top 10 arena venues in the nation for 2014, regardless of size. In 2015, Mohegan Sun took home the IEBA award for “Casino of the Year.” For more information on concerts and other great events, visit Mohegan Sun. For information on this week’s schedule, call the Entertainment and Special Events hotline at 1.888.226.7711, ext. 27163.