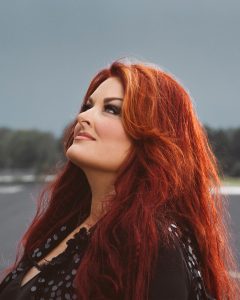 UNCASVILLE, CT (May 10, 2016) –  Five-time Grammy winner and New York Times best-selling author Wynonna is hitting the road this summer and will be stopping by Mohegan Sun for a performance in the Arena on Saturday, July 9th at 8:00pm.
Tickets are $25.00 and go on sale Friday, May 13th at 10:00am through Ticketmaster.  Ticketmaster customers may log on to ticketmaster.com or call Ticketmaster’s national toll free Charge By Phone number 1.800.745.3000.  Tickets will also be available at the Mohegan Sun Box Office starting Saturday, May 14th, subject to availability.
Wynonna has always revolved her career around telling stories. Whether performing alongside her mother as one half of the legendary duo The Judds, or pushing the boundaries on her own mega-successful solo path, Wynonna’s ability to reach the heart of the human spirit through her bold and unflinching honesty, is the entertainer’s true gift. Respected by the millions of fans who are drawn to her music and her undeniable talent, Wynonna’s rich and commanding voice has sold over 30 million albums worldwide spanning her epic career.  Charting countless singles including twenty #1 hits and over sixty industry awards, the iconic performer was once dubbed by Rolling Stone as “the greatest female Country singer since Patsy Cline.”
Mohegan Sun Arena is now ranked consistently among the top venues in the world according to Billboard Magazine, Pollstar and Venues Today. It has won “Casino of The Year” at the Country Music Awards in 2008 & 2010 and in 2013, was voted “Arena Of The Year” at the G2E Global Gaming Conference in Las Vegas.  Mohegan Sun Arena was also ranked among the top 10 arena venues in the nation for 2014, regardless of size. In 2015, Mohegan Sun took home the IEBA award for “Casino of the Year.”  Mohegan Sun also won “Casino of the Year” in 2 categories at the 2013 & 2016 Academy of Country Music Awards. For more information on concerts and other great events, visit Mohegan Sun. For information on this week’s schedule, call the Entertainment and Special Events hotline at 1.888.226.7711, ext. 27163.