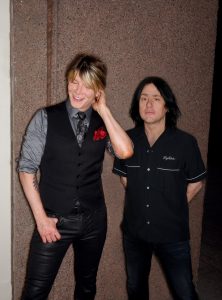 UNCASVILLE, CT (February 27, 2017) – Multi-platinum, Grammy-nominated band Goo Goo Dolls will hit the road this summer for their third headline run since the release of their latest album Boxes.  Produced by Live Nation, the Long Way Home Tour with special guest Phillip Phillips will be live at Mohegan Sun Arena on Wednesday, August 9th.  The show will begin at 7:30pm.

Tickets are $45.00, $35.00 and $25.00 and go on sale Friday, March 3rd at 10:00am through Ticketmaster. Ticketmaster customers may log on to ticketmaster.com or call Ticketmaster’s national toll free Charge By Phone number 1.800.745.3000.  Tickets will also be available at the Mohegan Sun Box Office beginning on Saturday, March 4th, subject to availability.

The multi-platinum, Grammy-nominated Goo Goo Dolls are one of the most globally respected and influential forces in popular music, selling more than 12 million albums since 1986. They have scored 14 Top 10 radio hits (more than any other artist in the history of the Hot AC format), including “Name,” “Slide,” and “Iris,” the latter spending nearly 12 straight months on the Billboard charts and holding the #1 position for 17 consecutive weeks. The band has toured the globe countless times, performed in front of millions of fans, received numerous awards (including four Grammy nominations), and recorded and released eleven studio albums. Rzeznik has also been honored with the Songwriters Hall of Fame Hal David Starlight Award.