Comedian will perform live at Mohegan Sun on Sunday, May 28th 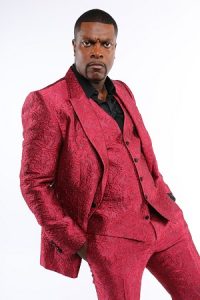 UNCASVILLE, CT (March 13, 2017) – Multi-talented entertainer Chris Tucker will be making his way back to Mohegan Sun Arena with a hilarious new routine as he returns to his stand-up roots on Sunday, May 28th at 7:30pm.

Tickets are $45.00, $35.00 and $25.00 and go on sale Friday, March 17th at 10:00am through Ticketmaster. Ticketmaster customers may log on to ticketmaster.com or call Ticketmaster’s national toll free Charge By Phone number 1.800.745.3000.  Tickets will also be available at the Mohegan Sun Box Office beginning on Saturday, March 18th, subject to availability.

Chris Tucker is best known for playing the role of Detective James Carter in the Rush Hour film series. Tucker began his career as a frequent stand-up performer on Def Comedy Jam in the 90s. He rose to prominence in the 1995 film Friday, alongside Ice Cube and then appeared in Luc Besson’s The Fifth Element before beginning work on the highly commercially successful Rush Hour films.  More recently he co-starred in the 2013 Oscar®- nominated film Silver Linings Playbook with Robert DeNiro, Jennifer Lawrence and Bradley Cooper. To date, Tucker has starred in films that have collectively grossed over one billion dollars in box office sales worldwide.  His first stand-up movie, Chris Tucker Live, is available exclusively on Netflix, and marks the first project that Tucker has starred in and produced through his own company, Chris Tucker Entertainment.
Tucker is also a humanitarian and spends much of his spare time traveling and working with his foundation.