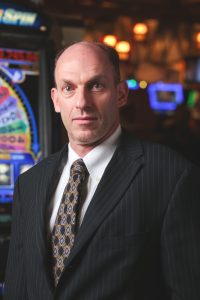 Joining Mohegan Sun in 1997, and prior to that, being a Senior Accountant for The Mohegan Tribe, Don Sikorski brings 20 years of valuable business, management and retail operations skills and experience to his newly promoted role in overseeing the 225,000 square-foot, Shops at Mohegan Sun. In addition to the many responsibilities that come along with such a vast, high revenue generating area, Sikorski will also be largely involved in the direction & strategic planning for all future retail and tenant opportunities at Mohegan Sun.
Sikorski is a Southern CT State University graduate and currently resides in Norwich with his wife and two sons, Kyle and Kevin. 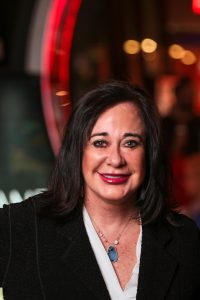 Lynn Agnello joins the Mohegan Sun corporate team by way of Phoenix, Arizona, where she most recently represented radio sales across the NFL, NBA, MLB and NHL, as Network Audio Sales Manager for Skyview Networks. From 2001 – 2013, Agnello served initially as VP of Corporate Sales, then as Senior Vice President of Marketing Partnerships and later promoted to Executive Vice President of Partnership Development for the Phoenix Suns. Now as Director of Sponsorships, Agnello will lead a team focused on working with various partners to deliver unique and impactful activations for the countless special & signature events, concerts, Connecticut Sun and New England Black Wolves Lacrosse games at Mohegan Sun.

Agnello is an Indiana University graduate, a 2011 Stevie Award winner as “Best Executive” for companies with up to 250 employees, was named The Business Journal’s Top 25 Valley Business Women Leaders for 2011 as well and is a board member on the Fresh Start Women’s Foundation.

ABOUT MOHEGAN SUN: Owned by the Mohegan Tribal Gaming Authority, Mohegan Sun is one of the largest, most spectacular entertainment, gaming, dining and shopping destinations in the United States.  Situated on 185 acres along the Thames River in scenic southeastern Connecticut, Mohegan Sun is home to three unique casinos, 1,600 deluxe hotel rooms, 2 world-class spas, a golf course, over 80 shops, restaurants and bars as well as three award-winning entertainment venues including a 10,000-seat Arena. Mohegan Sun is within easy access of New York, Boston, Hartford and Providence and located 15 minutes from the museums, antique shops and waterfront of Mystic Country. More information is available by calling 1.888.226.7711 or visiting mohegansun.com. Connect with us on Facebook, follow us on Twitter and Instagram @mohegansun, view us on YouTube and find us on Snapchat at username MoheganSun.