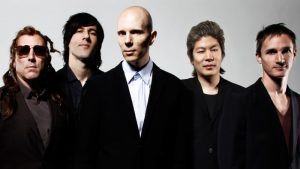 Tickets are $64.00, $54.00 and $44.00 and go on sale Thursday, June 29th at 10:00am through Ticketmaster. Ticketmaster customers may log on to ticketmaster.com or call Ticketmaster’s national toll free Charge By Phone number 1.800.745.3000.  Tickets will also be available at the Mohegan Sun Box Office beginning on Friday, June 30th, subject to availability.

The Alt-Metal quintet recently wrapped a sold-out spring tour – their first U.S. run in six years – which featured the live debut of new songs “Feathers” and “Hourglass.” In January, upon announcing those shows, the band also revealed that they’d started work on their first studio album since 2004’s eMOTIVe. In a statement, guitarist Billy Howerdel enthused, “Getting back to writing music with A Perfect Circle is a great way to start the new year.” The band has yet to announce their fourth LP, tentatively planned for a 2017 release.