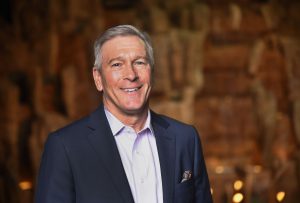 UNCASVILLE, CT (July 18, 2017) – Mohegan Sun is excited to announce the hiring of John Washko as Vice President of Exhibitions & Conventions Sales. Washko has held previous executive level roles with Atlantis in Paradise Island, Bahamas and The Broadmoor in Colorado Springs. Washko will be heavily involved with the sales and direction of the Mohegan Sun Expo Center, currently being built near the Earth Tower at Mohegan Sun.

“We’re very thrilled to have John Washko on board here at Mohegan Sun, especially with the property expanding. He brings a wealth of knowledge, experience and leadership to our meetings and conventions team, which is already one of the best in the industry.” –Ray Pineault, President and General Manager of Mohegan Sun.

Washko has also held important roles in sales, marketing, group sales and hospitality in his 20+ year career in the resort industry. In addition to his previous roles with Atlantis and The Broadmoor, Washko was VP of Sales and Marketing for Elite Meetings International.

In his new role as VP of Exhibitions & Conventions Sales, Washko will oversee the meetings & conventions division at Mohegan Sun in Uncasville, CT, which will include in large part, heading the sales and direction for the new 132,000 square-foot Mohegan Sun Expo Center, slated for a Summer 2018 opening.

Washko, a James Madison University graduate, has been recognized as one of the Top 25 Extraordinary Minds in Sales & Marketing in 2015 by HSMAI (Hospitality Sales and Marketing Association International) and in 2010 was awarded “Marketer of the Year” from HSMAI as well.  Washko is an Executive Committee Member of HSMAI’s America’s Board. He also sits on the Advisory Board for Elite Meetings International.

ABOUT MOHEGAN SUN: Owned by the Mohegan Gaming & Entertainment, Mohegan Sun is one of the largest, most spectacular entertainment, gaming, dining and shopping destinations in the United States.  Situated on 185 acres along the Thames River in scenic southeastern Connecticut, Mohegan Sun is home to three unique casinos, 1,600 deluxe hotel rooms, 2 world-class spas, a golf course, over 90 shops, restaurants and bars as well as three award-winning entertainment venues including a 10,000-seat Arena. Mohegan Sun is within easy access of New York, Boston, Hartford and Providence and located 15 minutes from the museums, antique shops and waterfront of Mystic Country. More information is available by calling 1.888.226.7711 or visiting mohegansun.com. Connect with us on Facebook, follow us on Twitter and Instagram @mohegansun, view us on YouTube and find us on Snapchat at username MoheganSun.