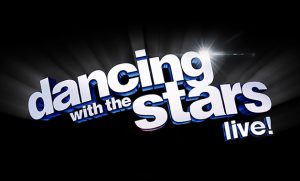 UNCASVILLE, CT (October 9, 2017) – Following the success of “Dancing with the Stars: Live! – Hot Summer Nights” and the 25th season of Dancing with the Stars, America’s favorite dance show, produced by BBCWP, is going back on tour across America this winter with “Dancing with the Stars: Live! – Light Up The Night.” Fans of the show have the opportunity to see the best ballroom dancers in the business perform live at Mohegan Sun Arena on Friday, January 26th and Saturday, January 27th at 8:00pm. This all-new production showcases every style of dance seen on ABC’s hit show produced by BBC Worldwide Productions from sizzling salsas, to elegant waltzes and high energy group numbers, plus original pieces choreographed Emmy-winning choreographer Mandy Moore.

Tickets are $45.00 and are on sale now through Ticketmaster. Ticketmaster customers may log on to Ticketmaster.com or call Ticketmaster’s national toll free Charge By Phone number 1.800.745.3000.  Tickets will also be available at the Mohegan Sun Box Office beginning on Tuesday, October 10th, subject to availability.

Captivating audiences across the country, “Dancing with the Stars: Live! – Light Up The Night” kicks off on December 30th in Charlotte, NC and finishes on March 18, 2018 in Los Angeles, CA, giving fans the opportunity to experience the excitement, glamour and fun they see in Dancing with the Stars ballroom every Monday night live in theaters in their very own hometowns.