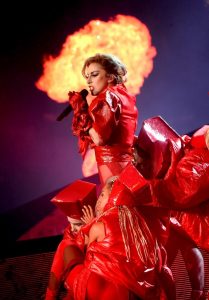 Montreal on Friday, November 3rd with a rescheduled concert at the Bell Centre. Tickets for the previously scheduled Montreal performance will be honored at the November 3rd event. Additionally, the Mohegan Sun concert in Uncasville – previously scheduled for November 10th will move forward one day to November 9th. There is no change to the November 11th performance. If required, refunds for the rescheduled dates will be available at point of purchase starting Monday, October 16, 2017.

“There aren’t likely to be many more bracing displays of vocal verve in an arena setting this year,” said the New York Times adding that this tour embodies the “singer at her best.” Also heralded for her “unfaltering vocals and high-energy showmanship” (Variety), fans holding tickets will have the opportunity to see the Lady Gaga return to the tour that has been heralded fans and critics as a “multi-media extravaganza” (LA Times).