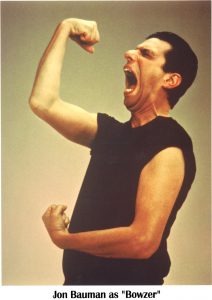 UNCASVILLE, CT (October 19, 2017) – Bowzer and his Doo-Wop family return to Mohegan Sun to perform some of the best hits from the 50s and 60s. The latest installment of Bowzer’s Rock ‘N’ Doo-Wop Party Volume XVII with special guests The Original Comets is slated for Mohegan Sun Arena on Sunday, January 14th at 3:00pm.

Tickets are $35.00 and $25.00 and go on sale Monday, October 23rd at 10:00am through Ticketmaster. Ticketmaster customers may log on to Ticketmaster.com or call Ticketmaster’s national toll free Charge By Phone number 1.800.745.3000. Tickets will also be available at the Mohegan Sun Box Office beginning on Tuesday, October 24th, subject to availability.

An incredible lineup of talent is set to take the stage for Bowzer’s Rock ‘N’ Doo-Wop Party Volume XVII that celebrates classic and legendary Rock & Roll, including:
Kenny Vance & The Planotones – The Return! (“Looking For An Echo”)
Charlie Thomas’ Drifters (“Under The Boardwalk”; “Up On The Roof”; “On Broadway”)
Jay Siegel’s Tokens (“The Lion Sleeps Tonight”; “Tonight I Fell In Love”; “Portrait Of My Love”)
Shirley Alston Reeves, Original Lead Singer of The Shirelles (“Will You Still Love Me Tomorrow”; “Soldier Boy”; “Baby, It’s You”)
Dennis Tufano, Original Lead Singer of The Buckinghams (“Kind Of A Drag”; “They’re Playing Our Song”)
Joey Dee (“Peppermint Twist”; “What Kind Of Love Is This”)
The Dubs (“Could This Be Magic”; “Chapel Of Dreams”)
Johnny Contardo, Formerly of Sha Na Na (“Those Magic Changes”)
Special guests: The Original Comets