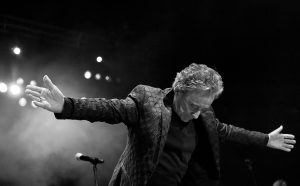 UNCASVILLE, CT (November 13, 2017) – American Pop icon and one of the top-selling bands in music history, Frankie Valli and The Four Seasons bring their hits back to Mohegan Sun Arena on Saturday, April 14th at 8:00pm.

Tickets are $35.00 and go on sale Friday, November 17th at 10:00am through Ticketmaster. Ticketmaster customers may log on to Ticketmaster.com or call Ticketmaster’s national toll free Charge By Phone number 1.800.745.3000.  Tickets will also be available at the Mohegan Sun Box Office beginning on Saturday, November 18th, subject to availability.

Valli and the Four Seasons have influenced many other great recording artists. For example, from Barry Gibb: “Frankie Valli to me has become one of the hallmark voices of our generation. From the deepest emotions of his real voice to the power of his falsetto, he created a style that we all still strive to emulate.” From Billy Joel: “I wrote ‘Uptown Girl’ as the flip side to the story of ‘Rag Doll.’ I always loved that record.” And from Brian Wilson: “In the early 60s the Four Seasons were my favorite group. I thought they were fantastic. The voice blend was fantastic. The competition helped me to get cracking. It inspired me, because they made good music. I went to the piano thinking I could top their music.”