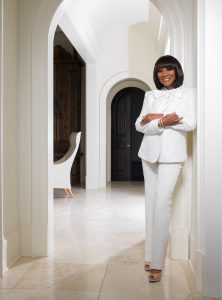 Tickets are $39.00, $29.00 and $19.00 and go on sale Friday, January 19th at 10:00am through Ticketmaster. Ticketmaster customers may log on to Ticketmaster.com or call Ticketmaster’s national toll free Charge By Phone number 1.800.745.3000.  Tickets will also be available at the Mohegan Sun Box Office beginning on Saturday, January 20th, subject to availability.

The same motivation that had Patricia Louise Holte blossom from a choir member to lead vocalist for Patti LaBelle & The Bluebelles and later Labelle, to a solo artist is the same energy that keeps her fire burning at seventy-three years young. LaBelle added: “Each year I grow, and that’s a blessing from God. I do what I can do. I do what I feel God has given me the energy to do, so I just go out there and I do it. It’s not about making money because I don’t need money, but I need to sing. With a voice or without, I’ve got to get on that stage.”

In between her time recording and touring, Patti LaBelle has written six best-selling books including Don’t Block the Blessings, LaBelle Cuisine: Recipes to Sing About, Patti’s Pearls, Patti LaBelle’s Lite Cuisine, Recipes for the Good Life and her most recent, Desserts LaBelle. More recently, she introduced Patti’s Good Life, a successful line of food products that features a variety of sauces, sweet potato pie and cakes. Patti LaBelle has also starred in her own popular cooking show Patti LaBelle’s Place on the Cooking Channel. This past year, Patti released her first Jazz album, Bel Hommage, and a new Christmas album, Patti LaBelle and Friends – Home for the Holidays.

In addition to her amazing career as an entertainer and entrepreneurial success, LaBelle’s work as a humanitarian is just as legendary. She remains an advocate for adoption, foster care, Big Sisters and the United Negro College Fund, among many other initiatives.