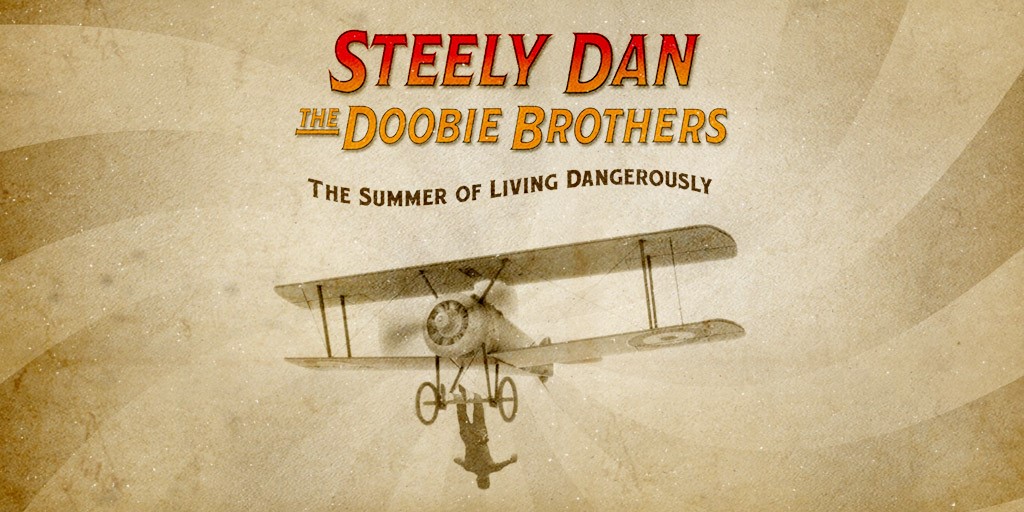 UNCASVILLE, CT (February 5, 2018) – Steely Dan and The Doobie Brothers announced today their co-headline North American 2018 summer tour kicking off May 10th in Charlotte, NC and wrapping July 14th in Bethel, NY. Promoted by Live Nation, the legendary bands will travel to 30+ cities across the U.S. and Canada including Los Angeles, Chicago, Houston, Nashville and Toronto. The tour will hit Mohegan Sun Arena on Sunday, July 8th at 7:30pm.

Tickets are $89.00, $69.00 and $49.00 and go on sale Friday, February 9th at 10:00am through Ticketmaster. Ticketmaster customers may log on to Ticketmaster.com or call Ticketmaster’s national toll free Charge By Phone number 1.800.745.3000.  Tickets will also be available at the Mohegan Sun Box Office beginning on Saturday, February 10th, subject to availability.

Founded in 1972, Steely Dan has sold more than 40 million albums worldwide and helped define the soundtrack of the ‘70s with hits such as “Reelin’ in the Years,” “Rikki Don’t Lose That Number,” “F.M.,” “Peg,” “Hey Nineteen,” “Deacon Blues” and “Babylon Sisters,” from their seven platinum albums issued between 1972 and 1980 – including 1977’s sold-out tours (that continue through today). In 2000 they released the multi-Grammy-winning (including “Album of the Year”) Two Against Nature, and released the acclaimed follow-up Everything Must Go in 2003. Steely Dan was inducted into the Rock and Roll Hall of Fame in 2001. Visit SteelyDanOfficial.com for more information.

The Doobie Brothers have been delivering mind-blowing, roots-based, harmony-laden, guitar-driven Rock and Roll for over four decades, selling more than 48 million albums and winning four GRAMMY® Awards. Their latest studio album, Southbound, features new recordings of the band’s biggest hits, with Country music’s biggest stars including Blake Shelton, Zac Brown Band, Brad Paisley and Toby Keith. Boasting one of the most loyal fan bases in music, the band continues to write and record new material and tour the world. Their #1 singles “Black Water” (1974) and “What a Fool Believes” (1979), both gold, led a catalog of indelible songs that include “Listen To The Music,” “Jesus Is Just All Right,” “Rockin’ Down the Highway,” “Long Train Runnin’,” “China Grove,” “Take Me In Your Arms,” “Takin’ it to the Streets,” “Minute by Minute,” “You Belong to Me,” “The Doctor” and more. In all, the Doobies have tallied up five Top 10 singles and 16 Top 40 hits. Beginning with their multi-million-selling sophomore collection Toulouse Street (1972), the Doobies have 3 multi-platinum, 7 platinum and 14 gold albums. Their Best of the Doobies (1976) has sold more than 12 million copies – a rare “diamond record.”