Headliners include U2, Britney Spears, Charlie Puth, Camila Cabello, 5 Seconds of Summer, Sugarland and so many more!

UNCASVILLE, CT (June 25, 2018) – Mohegan Sun is rolling out the best in entertainment for all types of fans and concertgoers! From live music, to comedy, the CT Sun and boxing, there is no other place to experience the variety of entertainment Mohegan Sun will bring this summer. In late June, the Barenaked Ladies kick off the summer with a spectacle you won’t want to miss. A record of more than 290 shows and sporting events will follow this performance, for a full 10 weeks until September 3rd. 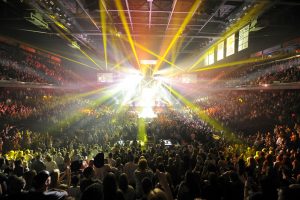 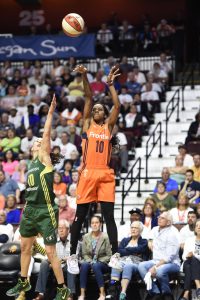 About Mohegan Sun: Owned by Mohegan Gaming & Entertainment, Mohegan Sun is one of the largest, most spectacular entertainment, gaming, dining and shopping destinations in the United States.  Situated on 185 acres along the Thames River in scenic southeastern Connecticut, Mohegan Sun is home to three unique casinos, 1,600 deluxe hotel rooms, 2 world-class spas, a golf course, over 90 shops, restaurants and bars as well as three award-winning entertainment venues including a 10,000-seat Arena. Mohegan Sun is within easy access of New York, Boston, Hartford and Providence and located 15 minutes from the museums, antique shops and waterfront of Mystic Country. More information is available by calling 1.888.226.7711 or visiting mohegansun.com. Connect with us on Facebook, follow us on Twitter and Instagram@mohegansun, view us on YouTubeand find us on Snapchat at username MoheganSun.