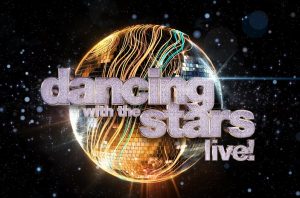 UNCASVILLE, CT (October 2, 2018) – TV’s biggest dance show returns on tour this winter with Dancing with the Stars: Live! The show will feature fan favorite professional and troupe dancers in a brand – new production showcasing every type of dance style as seen on ABC’s hit show Dancing with the Stars, ranging from ballroom and jazz to modern and hip – hop. Performing at Mohegan Sun Arena on Saturday, January 12th and Sunday, January 13th at 7:30pm, the show is choreographed and creative directed by Emmy award – winning choreographer Mandy Moore and Dancing with the Stars Executive Producer Ashley Edens – Shaffer.  Audiences will have the opportunity to experience the excitement, glamour and glitz they see in the ballroom every Monday night live.

Tickets are $45.00 and go on sale today through Ticketmaster. Ticketmaster customers may log on to Ticketmaster.com or call Ticketmaster’s national toll free Charge By Phone number 1.800.745.3000.  Tickets will also be available at the Mohegan Sun Box Office beginning on Wednesday, October 3rd, subject to availability.