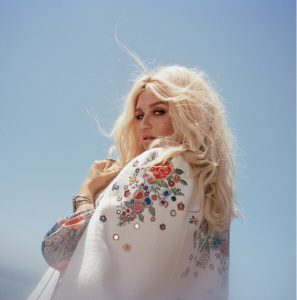 Tickets are $69.00, $59.00 and $49.00 and go on sale Friday, November 2nd at Noon through Ticketmaster. Ticketmaster customers may log on to Ticketmaster.com or call Ticketmaster’s national toll free Charge By Phone number 1.800.745.3000.  Tickets will also be available at the Mohegan Sun Box Office beginning on Saturday, November 3rd, subject to availability.

Kesha’s latest album Rainbow, called “an artistic feat” by Entertainment Weekly and “the best music of her career” by Rolling Stone, marks a new beginning for Kesha. Based around inner strength and musical exploration, her latest No. 1 album finds Kesha at “her defiant, unbridled best” – USA Today. The album has garnered praise from the New York Times, Billboard, NPR Music and more, and earned Kesha her first – ever Grammy nominations for “Best Pop Vocal Album” and “Best Pop Solo Performance” for “Praying.”  Billboard describes lead single “Praying” as a “ballad that tears at your soul” while Consequence of Sound says, “no other song in recent memory so perfectly embodies the way in which hope itself is a kind of triumph.”

Kesha has had 9 Top 10 hits on The Billboard Hot 100, including four #1 singles at Top 40 Radio – “TiK ToK,” “Your Love Is My Drug,” “Die Young,” and “Timber.” Kesha took home the MTV EMA for “Best New Act” and was nominated for 2 American Music Awards, 3 MTV VMA Awards, and 6 Billboard Awards. She has performed on dozens of television programs all over the world, including X Factor (Australia), American Music Awards, Billboard Awards, American Idol, Saturday Night Live, and The Today Show Summer Concert Series.