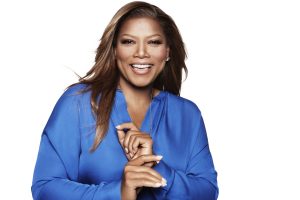 UNCASVILLE, CT (April 8, 2019) – The Grammy and Golden Globe winning superstar, Queen Latifah, has broken down barriers in the music industry and continues to prove she can have it all. She’s a musician, critically acclaimed television and film actress, label president, author, and entrepreneur.  Don’t miss Queen Latifah at Mohegan Sun Arena on Saturday, July 13th at 8:00pm.

Tickets are $45.00, $35.00 and $25.00 and go on sale Friday, April 12th at 10:00am through Ticketmaster. Ticketmaster customers may log on to Ticketmaster.com. Tickets will also be available at the Mohegan Sun Box Office beginning on Saturday, April 13th at 10:00am, subject to availability.

Most recently, Queen Latifah took to the stage and small screen performing as the title character in NBC’s The Wiz Live! Queen Latifah can currently be seen in Ice Age: Collision Course which will hit theatres in July as she returns to be the voice of the Wooly Mammoth, Ellie.

Latifah made her big screen debut in Spike Lee’s 1991 film Jungle Fever. She starred in Set it Off, and co-starred in the critically acclaimed Living Out Loud. Following Chicago, she starred in and executive-produced the box office hit Bringing Down the House. Her additional film credits include The Secret Life of Bees, Hairspray, Mad Money, Just Wright, Joyful Noise, The Last Holiday, and Beauty Shop.

And then there’s Flavor Unit Entertainment, a production company owned and operated by Queen Latifah and Shakim Compere and is quickly establishing itself as one of the most important production companies in the film industry.