Enjoy live music inside Mohegan Sun Arena, Wolf Den, or at Party on the Rooftop!

UNCASVILLE, CT (June 12, 2019) – This summer, Mohegan Sun has your concert and live entertainment hookup for all types of fans and concertgoers! From live music in Mohegan Sun Arena, free performances in the Wolf Den, to Party on the Rooftop, and CT Sun homes games; there is no other place to experience the variety of entertainment Mohegan Sun will bring all summer long starting with New Kids On The Block on July 3rd in the Arena! 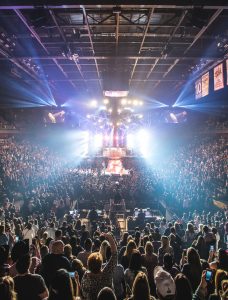 Wolf Den – always free, always close, always at Mohegan Sun! From up-and-comers to Classic Rock stars, anyone who is anyone plays the Wolf Den.

*Come early, seating is limited, must be 21 or older.  Times and performers are subject to change.

Mohegan Sun’s Party on the Rooftop, the Friday hotspot for the 21 and older crowd on the Riverview Garage Rooftop.  All summer long, we’re partying with drink specials including $7.00 specialty cocktails and $3.00 Bud Light drafts, fire pits, table games, slot machines, cornhole games and your favorite tunes by amazing tribute bands.

Seating is available on a first-come, first-serve basis.  However, feel free to bring your own chairs! Guests are not permitted to bring coolers or outside 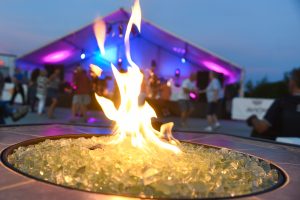 food/beverages. Bands subject to change. Event is rain or shine. 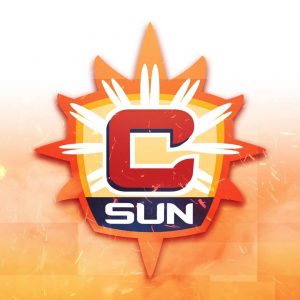 Owned by Mohegan Gaming & Entertainment, Mohegan Sun is one of the largest, most spectacular entertainment, gaming, dining and shopping destinations in the United States.  Situated on 185 acres along the Thames River in scenic southeastern Connecticut, Mohegan Sun is home to two unique casinos, 1,600 deluxe hotel rooms, two world-class spas, a golf course, over 80 shops, restaurants and bars as well as three award-winning entertainment venues including a 10,000-seat Arena. Mohegan Sun’s attention to detail not only for its guests but for their staff of over 6,000 employees has earned the Great Place To Work certification in 2019. Mohegan Sun is within easy access of New York, Boston, Hartford and Providence and located 15 minutes from the museums, antique shops and waterfront of Mystic Country. More information is available by calling 1.888.226.7711 or visiting mohegansun.com. Connect with us on Facebook, follow us on Twitterand Instagram @mohegansun, view us on YouTube and find us on Snapchat at username MoheganSun.