***Please note: this performance has been postponed to Friday, December 11th. 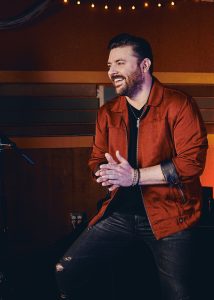 Young has accumulated an impressive list of accomplishments, including membership in the iconic Grand Ole Opry, two billion on-demand streams, 12 million singles sold, 11 career #1 singles, 17 R.I.A.A. Gold/Platinum/Multi-Platinum certified projects, and two Grammy nominations.  As a prolific creator, Chris has given fans seven studio albums in 12 years including Losing Sleep, his third project in less than two years.  The title track is certified Platinum while “Hangin’ On” is his ninth #1 as a songwriter.  Losing Sleep (2017) and I’m Comin’ Over (2015) debuted at #1 on Billboard’s Top Country Albums Chart with “I’m Comin’ Over” becoming Young’s first 2X Platinum single.

Named “one of his era’s finest traditionalists” by Associated Press, Chris has quickly become an international ambassador for Country music, performing to capacity crowds around the world including sold-out C2C Festival in the UK.  With a hit-packed set that highlights his 11 chart-toppers – including back-to-back #1s “Losing Sleep,” “Sober Saturday Night,” “Think Of You” and “I’m Comin’ Over” – the Grammy and ACM nominated vocalist headlined the Raised On Country World Tour, playing to over 400,000 fans in three countries in 2019, including London, Boston, Las Vegas, San Diego and many more.