***Please be advised that this performance previously postponed to Thursday, July 22, 2021 has now been cancelled.  Refunds will be available at point of purchase. 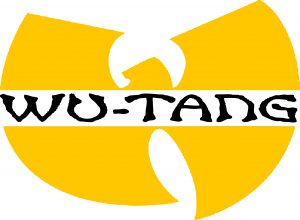 Tickets are $59.50 and $49.50 and go on sale Friday, February 14th at Noon through Ticketmaster. Ticketmaster customers may log on to ticketmaster.com. Tickets will also be available at the Mohegan Sun Box Office beginning Saturday, February 15th at 10:00am, subject to availability.

25 years ago, the Wu-Tang Clan changed Hip-Hop music forever. Bursting onto the music scene with the release of Enter the Wu-Tang (36 Chambers), the group quickly became recognized for its innovative beats and clever lyrics, as well as the diverse personalities and talents that make up its nine member Hip-Hop group. The Wu-Tang Clan has released seven gold and platinum studio albums with worldwide sales of more than 40 million albums. With the release of their debut album in 1993 songs like “C.R.E.A.M” and “Protect Ya Neck” introduced Hip-Hop pioneer, The RZA, as a groundbreaking Hip-Hop craftsman. With lyrics that combine the reality of 1990s New York and the world of martial arts, the Wu-Tang Clan has created a unique mythology that captures the hearts of fans worldwide.