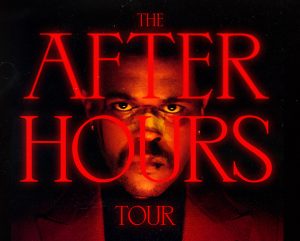 UNCASVILLE, CT (February 20, 2020) – The Weeknd has announced his new headline world tour, The After Hours Tour, starting June 11th on the heels of his upcoming album, After Hours. The 57 – date tour will stop at Mohegan Sun Arena on Saturday, July 4th at 7:00pm with special guests Sabrina Claudio and Don Toliver.

The After Hours Tour will showcase state-of-the-art production and one of the most innovative stage designs to date, containing the most LED lights and video for an arena show. Produced by Live Nation, the tour will hit cities across the United States, Canada, the United Kingdom, Belgium, the Netherlands, Germany and France.

After Hours album merch bundles became available with the announce of the title track and album pre-order yesterday, available at shop.theweeknd.com. For all North American dates, each ticket purchased online comes with one CD of The Weeknd’s new album After Hours. On March 7th The Weeknd will perform on Saturday Night Live ahead of his new album, After Hours, dropping March 20th.

Mohegan Sun Arena is now ranked consistently among the top venues in the world according to Billboard Magazine, Pollstar and VenuesNow. Mohegan Sun Arena is consistently ranked among the top three “Arenas in the World for its Size” and top 15 in the “World for All Size Venues.” The award – winning venue is the “#1 Casino Venue in the World,” “#1 Social Media Venue in the World” and a seven – time national award – winner for “Arena of the Year.” For more information on concerts and other great events, visit Mohegan Sun. For information on this week’s schedule, call the Entertainment and Special Events hotline at 1.888.226.7711.