Multi-PLATINUM selling performer Brett Young is looking ahead to 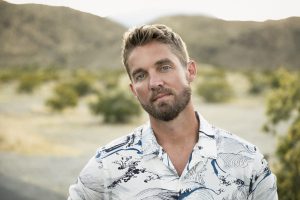 the fall as he unveils details today behind his headlining THE WEEKENDS TOUR. Launching on September 11th, and making its way to Mohegan Sun Arena on Friday, November 12th. Ramping up excitement for his upcoming new collection WEEKENDS LOOK A LITTLE DIFFERENT THESE DAYS out June 4th (BMLG Records), pre-sale tickets for fan club members have begun via brettyoungmusic.com.

“Announcing a headlining tour and preparing to release new music both in the same week truly feels like a dream and something I won’t ever take for granted,” Young shared. “It’s emotional thinking about reuniting not only with my band and crew after so much time apart, but with the FANS! I can’t wait to make up for lost time and finally get to perform these new ones we’ve been working on.”