Paul Anka will be playing Frank Sinatra hits, as well as his own, on Sunday, November 7th at Mohegan Sun; Tickets on sale this Friday

Legendary singer, songwriter and actor, Paul Anka, is set to perform at Mohegan 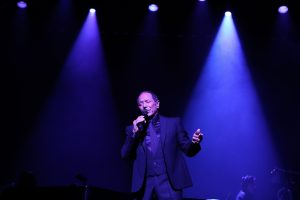 Sun Arena on Sunday, November 7th at 7:00pm. This unique and highly anticipated tour will feature Anka paying tribute to one of the greatest entertainers ever to take the stage: Frank Sinatra.

“The Anka Sings Sinatra tour will honor a great artist who has influenced me more than anyone else throughout my career, Frank Sinatra.  (I am also excited to have a new album coming out this summer, “Making Memories”!) This show will also feature the hits that have spanned my career on this 65th anniversary year.   It will be a night filled with his songs, my songs, my way!” – Paul Anka