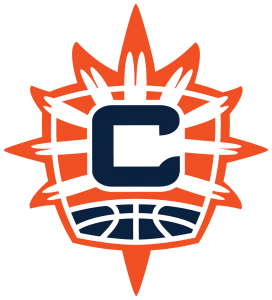 roster on Wednesday afternoon. Brionna Jones, Jonquel Jones and DeWanna Bonner will head to Las Vegas, NV on July 14 to compete in the 17th WNBA All-Star game. The game will be broadcast on ESPN at 7pm EST.

Brionna Jones, who received the first All-Star selection of her career, is averaging a career-best 14.4 points per game and 6.7 rebounds per game in a career-high 31.1 minutes of action per game. Drafted eighth overall in the 2017 WNBA Draft, Jones has solidified herself as one of the top frontcourt players in the league. In 2020, the 6-3 forward saw her first career start and has been in the starting line-up for every contest she has seen action in since.

Bonner, a 12-year WNBA veteran, will also be representing the Sun in this year’s All-Star Game. The 6-4 forward is currently second on the team in points and rebounds per game. Averaging 16.1 points and 7.4 rebounds. Bonner will appear in her fourth All-Star game.

Those selected as all-stars will compete against the USA Basketball Women’s National Team ahead of the 2020 Tokyo Olympics. Team WNBA will be coached by Co-Head Coaches, Lisa Leslie and Tina Thompson.

For more information on AT&T WNBA All-Star 2021, head to wnba.com/allstar. Below are the rosters for Team WNBA and the USA Basketball Women’s National Team.