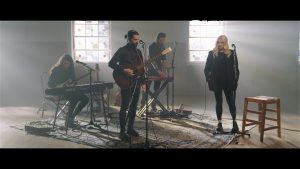 Jay, with Abby Kelly and Dane Poppin. Dashboard Confessional will be performing their tour finale in Mohegan Sun Arena on Saturday, November 13th at 8:00pm.

Across seven studio albums, Carrabba and Dashboard Confessional have captivated audiences with their cathartic music and soul-baring song lyrics. In January 2020, the band released The Best Ones of the Best Ones, their first-ever career-spanning compilation celebrating their 20th anniversary. Dashboard Confessional also launched The Early Days vinyl reissue series last summer, which spotlighted the band’s formative albums and EPs (including a first-ever pressing of their Platinum-certified live album MTV Unplugged 2.0), in addition to partnering with Mondo to release three EPs—2001’s So Impossible, 2002’s Summers Kiss, and a newly created Spider-Man 2—for the very first time on vinyl.