UNCASVILLE, CT (August 06, 2021) – Multiplatinum Rock group Breaking Benjamin returns to the road this summer to tour venues across the U.S before stopping by to rock Mohegan Sun Arena with special guests Papa Roach and Memphis May Fire on Friday, September 17th at 7:00pm. 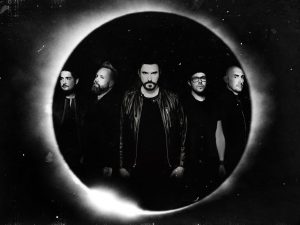 10:00am via Ticketmaster. Tickets are also available at BreakingBenjamin.com.

Since bursting onto the scene in the early 2000’s, Breaking Benjamin are no strangers to the upper echelons of the rock charts. The band has produced an impressive string of mainstream rock radio hits, with ten songs hitting #1, numerous platinum and multi-platinum songs and albums, and 8.5 billion combined streams worldwide. AURORA, the bands most recent release gave Breaking Benjamin their 10th #1 song at rock radio with “Far Away ft. Scooter Ward.”  Breaking Benjamin’s last studio album, EMBER debuted at #3 on the Billboard Top 200 and marked the multiplatinum band’s fourth Top 5 debut on the Billboard Top 200, following 2015’s #1 debut for DARK BEFORE DAWN, 2009’s DEAR AGONY at #4, and 2006’s PHOBIA at #2. EMBER spun off two #1 hits at Active Rock Radio with “Red Cold River” and “Torn in Two.”  AURORA and EMBER charted Top 10 across numerous countries worldwide and topping #1 charts across multiple genres, including Top Alternative Albums, Top Rock Albums, Top Hard Rock Albums and Top Digital Albums.

The two-time Grammy-nominated, Platinum-selling band Papa Roach is kicking open the door to a new chapter of their career with the release of “Swerve,” a high-octane, swagger-packed thrill ride featuring the front man of Fever 333, Jason Aalon Butler, and rising LA-based rapper Sueco.  Papa Roach has been one of the mainstays in alternative rock for two decades and continue to impact that space with consistent, genre-bending releases, the latest being “Swerve” featuring Fever333 and Sueco. The group has sold over 20 million records worldwide, garnered over 2 billion streams to date, charted eight #1 hit singles on three different radio formats (Active Rock, Alternative and Top 40), further solidifying Papa Roach as one of the most consistently successful rock bands of their era.

About Memphis May Fire

Memphis May Fire, the four-piece rock band channels a generation’s worth of angst, frustration, and pain, with a focused blend of gigantic melodic hooks and crushing aggression. Even after topping Billboard’s Hard Music Albums chart and breaking into radio’s Active Rock Top 20, Memphis May Fire refuses to sacrifice who they are or the people who made them. Their fourth studio album, Unconditional, debuted 4th on the US Billboard 200 and atop the Alternative Albums charts! Memphis May Fire rekindled the spark within to build an inferno of riffs and inspirational words. 2021 has seen the release of two acclaimed singles, “Blood & Water” and “Death Inside”, and more music is expected soon.