UNCASVILLE, CT (August 24, 2021) – Fresh off the heels of releasing their second studio album shenanigans nite club Goose is hitting the road for a epic tour this winter. The nationwide tour stops at Mohegan Sun Arena on Saturday, December 18, 2021 at 8:00pm. 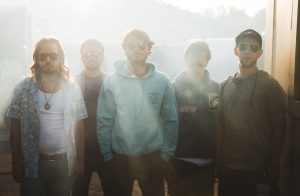 The Norwalk Connecticut based four-piece jam band, is comprised of Rick Mitarotonda (vocals, guitar), Peter Anspach (vocals, keyboards/guitar), Trevor Weeks (bass), and Ben Atkind (drums). Goose’s music is the culmination of a rich history between friends of differing ages and experiences from the same small town in Connecticut, drawn together through a deep love of music and storytelling. As a band who urges their fans to step off the beaten path, shenanigans nite club, stands alone as a concise sonic snapshot of a defining epoch, each track contains whispers of what’s to come.