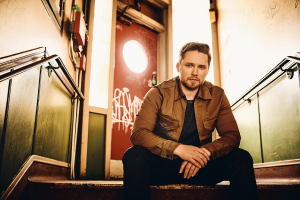 IN DETAIL: Taking over the Wolf Den, MADD About Jameson Rodgers will be the featured entertainment for the 13th annual MADD benefit.  Longtime supporter and radio host, Shelly Martinez of WCTY – FM, will also be on – hand to give a special message before the concert. Festivities will include a silent auction at The Shops at Mohegan Sun starting at Noon and throughout the night. Memorabilia being put up for auction includes a signed guitar by Maroon 5 lead singer Adam Levine.

Wolf Den performances are free and open to the public. Must be 21 years of age to enter the Wolf Den. Guests may line up no sooner than 3 hours prior to the beginning of the show. Seats are given on a first – come, first – serve basis until we are at full capacity. Limited seating available.

ABOUT Jameson Rodgers: iHeartRadio Music Awards Best New Country Artist nominee Jameson Rodgers is quickly cementing his place as one of country music’s most intriguing singer/songwriters. Not only does the Mississippi native currently find himself enjoying the success of his Platinum-certified No. 1 hit “Some Girls” and his follow-up Top 10 smash “Cold Beer Calling My Name” featuring label mate Luke Combs, but the 33-year-old is now on the cusp of releasing his debut album Bet You’re From a Small Town on September 17th. It’s all a part of a journey that began in 2010, when Rodgers moved to Nashville and started laying the groundwork of his career at a myriad of open mic nights in Music City.

Rodgers co-penned Platinum-selling hits for Florida Georgia Line (Top 10 single “Talk You Out of It”) and Chris Lane (No. 1 smash “I Don’t Know About You”), along with “Camouflage Hat” on Jason Aldean’s most recent album 9 and the title track of Luke Bryan’s latest release Born Here Live Here Die Here. Luke Combs came a-calling, and in 2019, Rodgers found himself in arenas of screaming fans, barely before he even had his own hit on country radio.

“Good Dogs” serves as the macho ode to man’s best friend. “When You Think of Mississippi” serves as a nostalgic trip down the dirt roads of Rodgers’ life. “Rolling Rock, Rolling Stones” is a song meant to be played on the dingy jukebox in the corner of that dingy bar down your street and “Desert” is meant to be played to soothe the hurting soul. And the title track, well, it proclaims Rodgers’ ultimate truth.

ABOUT MADD: The mission of Mothers Against Drunk Driving is to stop drunk driving, to support the victims of this violent crime and to prevent underage drinking. MADD Connecticut is committed to clearly and powerfully advocating for victims of alcohol – related crashes.  MADD delivers quality services to hundreds of families each year at no cost to them, as well as help victims/survivors through the multitude of emotions and criminal proceedings that take place through court accompaniment and by providing grief counseling and support groups.  MADD’s goal is to eliminate drunk driving and educate Connecticut youth about underage drinking. MADD introduces and follows legislation concerning bills to strengthen drunk driving laws.

ABOUT MOHEGAN SUN: Owned by Mohegan Gaming & Entertainment, Mohegan Sun is one of the largest, most spectacular entertainment, gaming, dining and shopping destinations in the United States.  Situated on 185 acres along the Thames River in scenic southeastern Connecticut, Mohegan Sun is home to three unique casinos, 1,600 deluxe hotel rooms, 2 world-class spas, a golf course, over 90 shops, restaurants and bars as well as three award-winning entertainment venues including a 10,000-seat Arena. Mohegan Sun is within easy access of New York, Boston, Hartford and Providence and located 15 minutes from the museums, antique shops and waterfront of Mystic Country. More information is available by calling 1.888.226.7711 or visiting mohegansun.com. Connect with us on Facebook, follow us on Twitter and Instagram @mohegansun, view us on YouTube and find us on Snapchat at username MoheganSun.