Audiences will experience the excitement, glitz and glamour they see in the ballroom every Monday night live in their hometown 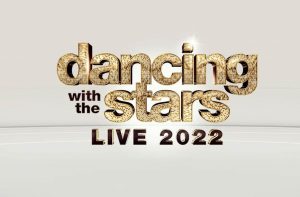 America’s favorite dance show is returning to Mohegan Sun Arena for two shows at 7:30pm on January 14 & 15, 2022 this to celebrate its 30th season with “Dancing with the Stars – Live Tour 2022.” This year’s all-new production will feature fan-favorite professional dancers thrilling audiences with all of the breathtaking dance styles seen on ABC’s hit show Dancing with the Stars.

Tickets are $45 and go on sale Friday, October 8th at 10:00am via ticketmaster.com. Tickets will also be available at the Mohegan Sun Box Office beginning Saturday, October 9th, subject to availability.

The show continues its legacy of performing showstopping routines from the TV show alongside new numbers choreographed specifically for the live show, raining from time-honored dances like the Quickstep and Foxtrot to sizzling Latin styles like the Cha Chas, Salsa, and Tango.

The tour delivers a spectacular night of pulse-pounding dance performances from world-renowned dancers including Brandon Armstrong, Alan Bersten, Artem Chigvintsev, Sasha Farber, Daniella Karagach, Pasha Pashkov, Gleb Savchenko, Emma Slater, and Britt Stewart with more surprise casting to be announced. Previous Mirrorball Trophy winner Alan Bersten says, “After not being able to tour last year, we’re all so excited to bring the “Dancing with the Stars – Live Tour” back to all of our dedicated fans around the country. I’m especially looking forward to this year’s tour because we also get to celebrate our show’s amazing 30th Season.”

Dancing with the Stars airs Monday nights at 8:00 to10:00pm on ABC. Episodes can also be viewed the next day on ABC.com, the ABC app and Hulu.

BBC Studios, a global content company with bold British creativity at its heart, is a commercial subsidiary of the BBC. Able to take an idea seamlessly from thought to screen and beyond, its activities span content financing, development, production, sales, branded services, and ancillaries across both its own productions and programs and formats made by high-quality UK independents. Award-winning British programs made by the business are internationally recognized across a broad range of genres and specializations, with brands like Dancing with the Stars/Strictly Come Dancing, Top Gear, Doctor Who, and Bluey. BBC Studios has offices in 20 markets globally, including ten production bases in the UK and production bases or partnerships in a further nine countries around the world. The company, which ordinarily makes around 2,000 hours of content a year for both the BBC and third parties including Apple, Netflix, and Migu, is a champion for British creativity around the world. It is also a committed partner for the UK’s independent sector through a mix of equity partnerships, content investment, and international distribution for program titles. To the BBC, BBC Studios contributes both cash dividends and funds for program-making, supporting the license fee and enhancing programs for UK audiences.

In the U.S, BBC Studios operates both a distribution business and one of its major production units. The production unit, based in Los Angeles, creates and produces adaptations of UK programs, as well as all new original programs, for linear and digital platforms in the U.S. This production unit is responsible for the phenomenally successful, Emmy®-winning Dancing with the Stars, the multi-award-winning Life Below Zero franchise, the revved up Top Gear America, and the popular reboot of the classic quiz show Weakest Link, among others. In scripted, the team has achieved success adapting British hits, including Call Me Kat (based on the UK format Miranda), Welcome to Flatch (This Country in the UK), and Ghosts for top U.S. broadcast networks.