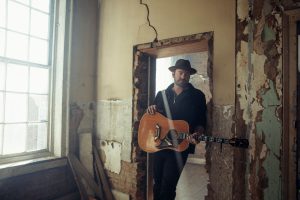 Tickets are $39 & $29 and go on sale Friday, October 22nd at 10:00am via Ticketmaster.com. Tickets will also be available at the Mohegan Sun Box Office beginning Saturday, October 23rd, subject to availability.

Ten years after the release of his first album, music listeners likely think they have a good idea about who Lee Brice is based on his nine No. 1 singles and seven CMA Award nominations. But with his 2020 album Hey World, people are likely hearing Brice differently. Singing next to smoky vocalist Carly Pearce on the No. 1 single “I Hope You’re Happy Now,” the power and range in his voice comes in loud and clear. In the follow-up No. 1 hit, “One Of Them Girls,” he attacks the subject matter with bite and swagger. It’s still sensitive, but it’s imbued with an undeniable playfulness and a commanding drive.

There are already plenty of people on board the Lee Brice express. He has amassed more than 2.3 billion career on-demand streams, more than 3.2 billion Pandora Radio plays, and more than 450 million YouTube views.

That mirrors the reception he received among his peers in Nashville’s creative class after moving to Music City from South Carolina in 2002. Before he earned his recording deal with Curb Records, he signed a publishing contract that had him writing songs for some of Nashville’s best. He penned Garth Brooks’ “More Than A Memory,” the first single to debut at No. 1 on the Billboard Country chart in 2007. Brice authored Tim McGraw’s “Still” and Eli Young Band’s first No. 1, “Crazy Girl.” He also racked up recordings with Jason Aldean, Blake Shelton, Kenny Chesney, and Jerrod Niemann.