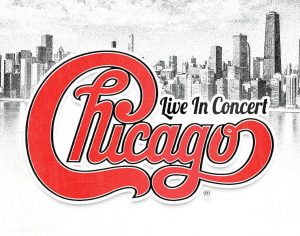 Hailed as one of the “most important bands in music since the dawn of the Rock and Roll era,” Chicago – the legendary Rock and Roll band with horns – returns to Mohegan Sun Arena at 7:30pm on Saturday, May 7, 2022.

Tickets are $76, $46 and $36 and go on sale Friday, November 19th at 10:00am via ticketmaster.com. Tickets will also be available at the Mohegan Sun Box Office beginning Saturday, November 20th subject to availability.

Robert Lamm and James Pankow became inductees of the Songwriters Hall of Fame in 2017. These legendary songwriters wrote mega-hits such as, “25 or 6 to 4,” “Saturday In The Park,” “Feelin’ Stronger Every Day,” “Make Me Smile,” and many others.

Chicago’s other lifetime achievements include two Grammy Awards, two American Music Awards, Founding Artists of the John F. Kennedy Center for the Performing Arts, a star on the Hollywood Walk of Fame, a Chicago street dedicated in their honor, and keys to and proclamations from an impressive list of U.S. cities. Record sales top the 100 million mark and include 21 Top 10 singles, five consecutive No. 1 albums, 11 No. 1 singles and five Gold singles. An incredible 25 of 37 albums have been certified platinum, and the band has a total of 47 gold and platinum awards.

From the signature sound of the Chicago horns, their iconic vocalists and a few dozen of ever-classic songs, Chicago’s concerts are celebrations, and 2022 will mark the band’s 55th consecutive year of touring.