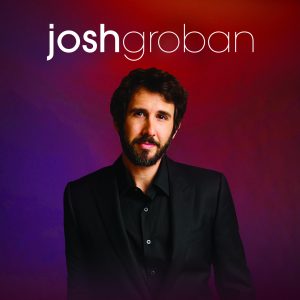 Tickets are $79, $59, and $49 and go on sale Monday, February 14th at 10:00am via ticketmaster.com. Tickets will also be available at the Mohegan Sun Box Office beginning Tuesday, February 15th, subject to availability.

Tony, Emmy and four-time Grammy Award-nominated singer, songwriter, actor, and philanthropist Josh Groban possesses one of the most outstanding and instantly recognizable voices in music. Moreover, he continues to captivate fans everywhere as both a powerhouse vocalist and dynamic renaissance man. He has sold more than 35 million albums worldwide, headlined legendary venues on multiple continents, and entertained audiences with acclaimed film and television appearances.  His catalog spans a series of chart-topping blockbuster albums, including Josh Groban (five-time Platinum), Closer (six-time Platinum), Noël (six-time Platinum), Awake (two-time Platinum), Illumination, All That Echoes (Gold), Stages (Gold), his first No. 1 album in the U.K, Bridges, and his most recent release, Harmony.

Extending his repertoire, Groban made his Broadway debut in 2016 with a starring role in Natasha, Pierre & The Great Comet of 1812. He garnered a Tony Award nomination for Best Lead Actor in a Musical. He has expanded his presence with appearances on Glee, The Simpsons, The Office, CSI: NY, It’s Always Sunny in Philadelphia, and The Crazy Ones, as well as in the feature films Coffee Town, Muppets Most Wanted, and Crazy, Stupid, Love. In addition, he starred in the Netflix series The Good Cop in 2018. Groban remains an active arts education philanthropist and advocate, and his Find Your Light Foundation helps enrich the lives of young people through arts, education, and cultural awareness.