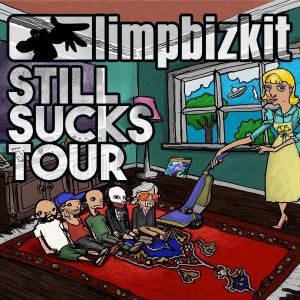 Preeminent American Rock band Limp Bizkit will return to the road this spring for their month-long Still Sucks Tour. Limp Bizkit will make their debut at Mohegan Sun Arena at 7:30pm on Thursday, May 12th.

$not, Wargasm UK, and Scowl will join Limp Bizkit at Mohegan Sun Arena. Later this year, the group will follow the U.S. shows with a European run of dates.