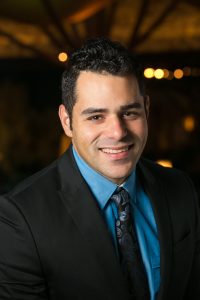 Hamilton has been with Mohegan Sun since 2004. He has also held several important key management positions within Human Resources, Advertising and most recently as Assistant General Manager during his time with Mohegan Sun.

Hamilton received a bachelor’s degree at Seton Hall University and a master’s degree at the University of New Haven. He is a member of the Mohegan Tribe, the 2016 Chairman for the March of Dimes Walk for Babies and is a proud member of the Board of Directors for the United Way of Southeastern CT.

In his new role as President and General Manager, Hamilton will also be responsible for achieving overall business objectives and the strategic planning and operational results of Mohegan Sun and will also drive and oversee the development and implementation of capital and operating budgets, marketing business plans, technology, the guest experience, and human capital development.

Lowry oversees all aspects of finance for Mohegan Sun and works closely with the other members of the Mohegan Sun Executive team on all major initiatives.
Lowry is a native of Groton, CT and a graduate of Fitch High School. He earned a Bachelor’s in Business Management from Marietta College. He currently resides in Pawcatuck, CT with his two sons Kyle and Luke.

Martinelli started out with Mohegan Sun in the budgets department in 1999 after finishing his undergrad degree at Brown University. He was soon after promoted to the Financial Planning & Analysis Manager, where he served for four years. His career then took another big jump when he became the Business Manager for the Connecticut Sun WNBA team. The very next transition came in the form of Director of Business Operations for sports & entertainment where he resided for four years. Before being named CMO, Martinelli served as the Vice President of Customer Relationship Management in marketing.

Martinelli has strong and diverse work experience as well as excellent leadership capabilities. Martinelli is a Rhode Island native and currently resides in North Kingstown with his wife, Kerry, and two sons, David and Daniel.