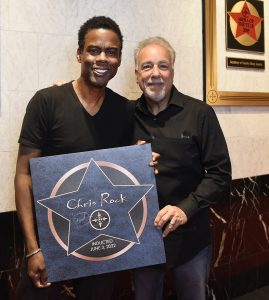 “In a world that needs more laughter, how timely is it to induct ...

The record-breaking Rock band is the 36th inductee

On Saturday, April 16th, Mohegan Sun honored the 36th inductee of the Walk of Fame, Shinedown, ahead of their sold-out show that evening. President of Sports and Entertainment at Mohegan Gaming & Entertainment, Tom Cantone, presented the record-breaking Rock band with the Walk of Fame star.

Since their Mohegan Sun Arena debut in 2010, the multi-platinum band’s upcoming show will be its sixth performance and ... 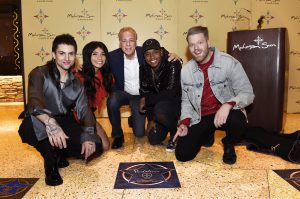 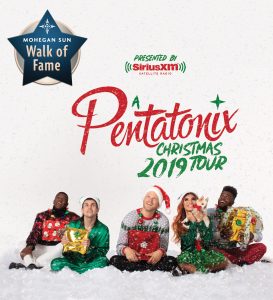 WHAT: Mohegan Sun is pleased to announce the 35th Arena Walk of Fame inductee, three-time Grammy Award-winning and multi-platinum selling artist, Pentatonix.  The American a cappella group is known for their modern style arrangements with vocal harmonies for classic Pop and Christmas songs.  Pentatonix have performed inside Mohegan Sun Arena over six times, with four sold-out shows.  Pentatonix band members will be presented with the Walk of Fame star outside Mohegan Sun’s ... 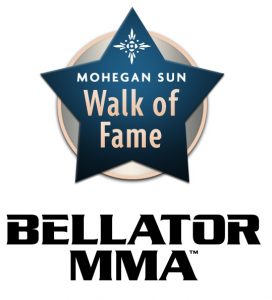 WHAT: Mohegan Sun is proud to announce the newest Arena Walk of Fame inductee, mixed martial arts organization, Bellator MMA. Owned by media and entertainment giant Viacom, Bellator MMA has hosted over 20 events at Mohegan Sun Arena since their first show on April 10, 2009 at Bellator 2. In that span, there have been incredible moments along the way, including monumental title fights, season premieres and highly anticpated matchups ...

UNCASVILLE, CT (August 14, 2017) – On Friday, August 11th, Mohegan Sun honored Kenny Chesney with a long overdue Walk of Fame award. Taking place before his second back-to-back show, Chesney joins an exclusive list of entertainers who have stars lining the forecourt of the Mohegan Sun Box Office. Accepting the award, Chesney said, “Thank you so much for having ...

WHAT: Mohegan Sun i

Earlier this afternoon, Donnie, Joey, Danny, Jordan and Jonathan of New Kids on the Block entered the Box Office forecourt outside of Mohegan Sun Arena to accept their honor as the 30th Walk of Fame inductees. Senior Vice President of Sports & Entertainment for Mohegan Sun, Tom Cantone and Mohegan Tribal Chairman, Kevin “Red Eagle” Brown, spoke briefly through roars and screams as they introduced one of Mohegan Sun’s most beloved and all-time selling acts. “Thank you Tom. We love you all and we love Mohegan Sun Arena every time we play here. Mohegan Sun is also the best because it’s halfway between our hometown and New York!” said Donnie Wahlberg as the cheers grew even louder.