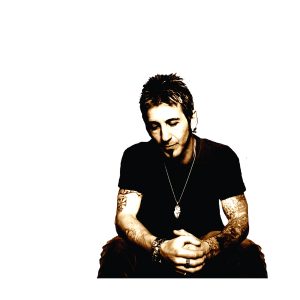 Sully Erna, the front man of one of today’s most successful and powerful Rock bands Godsmack, will take the stage at Mohegan Sun Arena on Sunday, March 24th at 7:30pm.
Tickets are $25.00 and go on sale Saturday, January 19th through Ticketmaster at 10:00am.  Ticketmaster customers may log on to ticketmaster.com; call Ticketmaster’s national toll free Charge By Phone number 1.800.745.3000; or visit any Ticketmaster outlet.  Tickets will also be available at the Mohegan Sun Box Office starting Sunday, January 20th, subject to availability.
Born and raised in the suburbs of Boston, Massachusetts, Sully Erna has been a musician since the age of 3, where he began his journey as a drummer initially. Since then, Erna has reaped a myriad of accolades, industry records and other notable stats, some of which include 15 million albums sold worldwide, three consecutive #1 debut albums on the Billboard Top 200 charts, 18 top 10 singles, 6 #1 hit songs and 4 Grammy nominations.
Erna’s released Avalon, his first solo album outside of Godsmack, in 2010. The project marks a big departure from the style of music that Erna is typically known for, utilizing the hypnotic sounds of tribal rhythms, melodic pianos, cellos and haunting vocals.
In 2012, Godsmack released its first official live CD, Live & Inspired. It included a bonus 4 track EP of newly-recorded cover versions as well as the hits “Straight Outta Line,” “Realign,” “Awake,” “Speak,” “I Stand Alone,” “Serenity” and “Batalla De Los Tambores.”
Mohegan Sun Arena is ranked 3rd in the U.S. and 5th in the world by Billboard Magazine and was the 2008 and 2010 recipient of a Country Music Award for “Casino of The Year.”  Venues Today also ranked Mohegan Sun Arena #4 in 2011 and ranked in the top six of “Top Stops of The Decade” in 2012. For more information on concerts and other great events at Mohegan Sun, visit mohegansun.com. For information on this week’s schedule, call the Entertainment and Special Events hotline at 1.888.226.7711, ext. 27163.