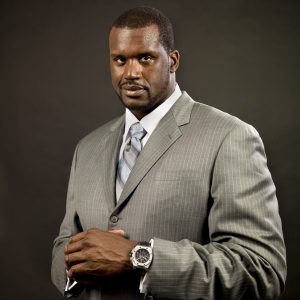 
WHAT: Hosted by ESPN’s Sage Steele, future hall of famer Shaquille O’Neal stars in an exclusive Winning Moments event on Saturday, November 23rd.
WHEN/WHERE:
Saturday, November 23rd
Doors Open: 7:00pm
Event Begins: 8:00pm
Location: Uncas Ballroom
IN DETAIL: Mohegan Sun’s Winning Moments is a one-of-a-kind experience that allows guests to get up-close-and-personal with some of the world’s greatest sports legends. Hosted by ESPN’s Sage Steele, Shaquille O’Neal will recall his finest winning moments in front of a live, participating audience. Get a first-hand account of Shaq’s incredible journey through 19 years of domination in the NBA.
Tickets are $25.00 per person and are on sale now through Ticketmaster and the Mohegan Sun Box Office.
About Shaquille O’Neal
Shaquille O’Neal is widely regarded as one of the most dominant athletes of all time as well as one of the greatest centers in professional basketball history. O’Neal, a graduate of Louisiana State University, is one of the few pro players ever to reach the Finals with three different teams (Orlando Magic, Los Angeles Lakers and Miami Heat). He started his career with the Orlando Magic in 1992 and finished it with the Boston Celtics, retiring after 19 memorable seasons.  During his career, “Shaq” would produce some of the most staggering numbers of any player to grace the hardwood as well as amassing countless accolades. He was named an all-star 15 times, a member of four professional Championship teams, 2-time scoring champ, 1992-1993 “Rookie of the Year” honors and holds claim to the 6th most total points in history with 28,596. O’Neal can now be seen regularly alongside colleagues and former basketball stars Charles Barkley, Kenny Smith and host Ernie Johnson on TNT’s Inside the NBA.

About Mohegan Sun
Owned by the Mohegan Tribal Gaming Authority, Mohegan Sun is one of the largest, most distinctive and spectacular entertainment, gaming, shopping and dining destinations in the United States.  Situated on 185 acres along the Thames River in scenic southeastern Connecticut, Mohegan Sun is within easy access of New York, Boston, Hartford and Providence and located 15 minutes from the museums, antique shops and waterfront of Mystic Country. More information is available by calling 1.888.226.7711 or visiting mohegansun.com. Connect with us on Facebook, follow us on Twitter, like on Pinterest and view us on YouTube.