Tickets on sale this Friday; Special WCTY pre-party, a silent auction and one of Country music’s best in the Wolf Den, set for September 25th to benefit Mothers Against Drunk Driving 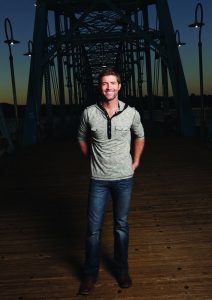 UNCASVILLE, CT (July 6, 2015) – Mohegan Sun, Mothers Against Drunk Driving, WCTY and the New London Day are excited to announce that the MADD About Josh Turner concert will be taking place on Friday, September 25th at 8:00pm. Festivities will include a WCTY pre-Party, Meet & Greet and a silent auction.
Donations are $50.00 and $100.00 and go on sale Friday, July 10th at 10:00am at the Mohegan Sun’s Box Office and through Ticketmaster.com. Ticketmaster customers can also call their national toll free Charge By Phone number, 1.800.745.3000; or visit any Ticketmaster outlet. All ticket holders will also get access to the WCTY pre-party, taking place at The Cabaret Theatre from 5:00pm – 7:00pm, which will include food, drinks and live entertainment!
The VIP tickets priced at $100.00 will include preferred seating, access to the WCTY pre-party as well as a meet & greet with Josh Turner at 7:00pm.
Admission to the Wolf Den will begin at 7:00pm. Also, beginning at 3:00pm and continuing through 11:00pm, guests will have the opportunity to participate in a special silent auction, taking place at the Spring Gateway, just outside the Wolf Den and near the Box Office.
Mohegan Sun is proud to be a part of what will be another great night of fun & entertainment. It is the 7th year of the partnership between Mothers Against Drunk Driving and Mohegan Sun. Longtime supporter and radio host, Shelly Martinez of WCTY-FM, will also be on-hand to give a special message before the concert.  All proceeds benefit MADD.
For more information, visit Mohegan Sun.
About Josh Turner
Multi-platinum MCA Nashville recording artist Josh Turner is one of Country music’s most recognizable hit-makers. With a rich, deep voice and distinctive style, Turner has sold more than 12 million units, is a disciple of traditional Country music and one of the youngest members of the Grand Ole Opry.  From his 2003 platinum-selling debut to his most recent 2012 #1 release, Turner has garnered multiple GRAMMY, CMA and ACM nominations. Turner’s hits include “Your Man,” “Why Don’t We Just Dance,” “Firecracker,” “Would You Go with Me,” “All Over Me” and “Time Is Love,” the most played Country song of 2012.
Turner recently added author to his list of accomplishments. His first book, was released April 29, 2014. The Hannah, SC native has been songwriting and performing since he was a young child, and in support of music education, created The Josh Turner Scholarship Fund to assist students interested in pursuing a future in arts and music. As a high school student, Turner had very little access to music education, therefore realizes first-hand the importance of arts education in schools.
For more information on Josh Turner, visit JoshTurner.com.
About MADD:
The mission of Mothers Against Drunk Driving is to stop drunk driving, to support the victims of this violent crime and to prevent underage drinking. MADD Connecticut is committed to clearly and powerfully advocating for victims of alcohol-related crashes.  MADD delivers quality services to hundreds of families each year at no cost to them, as well as help victims/survivors through the multitude of emotions and criminal proceedings that take place through court accompaniment and by providing grief counseling and support groups.  MADD’s goal is to eliminate drunk driving and educate Connecticut youth about underage drinking. MADD introduces and follows legislation concerning bills to strengthen drunk driving laws.
About WCTY:
WCTY based in Norwich, Connecticut, is the home of continuous Country favorites for listeners in southeastern Connecticut. Owned by Hall Communications, a family-owned company that owns and operates 21 radio stations on the East Coast including six stations in Connecticut, Hall Communications has been in operation in Eastern Connecticut since 1964.
About Mohegan Sun
Mohegan Sun, owned by the Mohegan Tribal Gaming Authority, is one of the largest, most spectacular entertainment, gaming, dining and shopping destinations in the United States. Situated on 185 acres along the Thames River in scenic southeastern Connecticut, Mohegan Sun is home to three unique casinos, a 34-story, 1,200 room luxury hotel, a world-class spa and golf course, over 85 shops, restaurants and bars as well as three award-winning entertainment venues including a 10,000-seat Arena. Mohegan Sun is within easy access of New York, Boston, Hartford and Providence and located 15 minutes from the museums, antique shops and waterfront of Mystic Country. More information is available by calling 1.888.226.7711 or visiting mohegansun.com. Connect with us on Facebook, follow us on Twitter and view us on YouTube.