Live in the Arena on November 11th; Tickets go on sale Friday 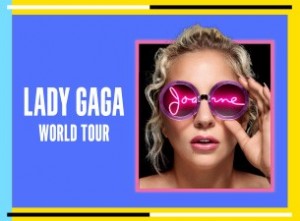 UNCASVILLE, CT (March 27, 2017) – Lady Gaga’s Joanne World Tour – one of 2017’s hottest tours – keeps getting hotter and hotter with sold-out shows and additional dates added in response to extremely high demand throughout North America and Europe.  Due to on-going fan demand, a second show has been added at Mohegan Sun Arena on Saturday, November 11th.  The show will begin at 7:30pm.

Grammy and Golden Globe winner and Academy Award-nominated Lady Gaga is a one-of-a kind artist and performer. She has amassed an outstanding 30 million global album sales and 150 million single sales, making her one of the best-selling musicians of all time. Gaga is also one of the biggest forces in social media with over 61 million likes on Facebook, over 65.1 million followers on Twitter and over 21.3 million followers on Instagram. Her fifth studio album Joanne was recently released and debuted at #1 on the Billboard Top 200, marking her 4th consecutive #1 album – the first female to do so in the 2010s.