Historic rockers will perform live in Connecticut on July 20th 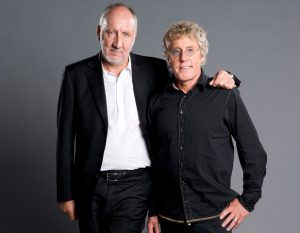 UNCASVILLE, CT (April 17, 2017) – The Who, one of Rock’s legendary and defining bands, are hitting the road this summer and will be making their way to Connecticut for a live performance at Mohegan Sun Arena on Thursday, July 20th.  The show will begin at 8:00pm.  Fans can expect the band to take them on an ‘Amazing Journey’ through their entire career from the days of The High Numbers to classic albums such as Who’s Next, Tommy, Quadrophenia, My Generation and Live At The Leads up to the present day.

Tickets are $146.00 and $110.00 and go on sale Friday, April 21st at 10:00am through Ticketmaster. Ticketmaster customers may log on to ticketmaster.com or call Ticketmaster’s national toll free Charge By Phone number 1.800.745.3000.  Tickets will also be available at the Mohegan Sun Box Office beginning on Saturday, April 22nd, subject to availability.

The Who have sold over 100 million records since forming in 1964; they brought together four different personalities and in effect produced a musical hurricane.  Each of them was a pioneer. Wildman drummer Keith Moon beat his kit with a chaotic elegance; stoic bassist John Entwistle held down the center with the melodic virtuosity of a solo guitarist; raging intellectual Pete Townshend punctuated the epic universality of his songs with the windmill slamming of his fingers across his guitar strings; and Roger Daltrey roared above it all with an impossibly virile macho swagger. They exploded conventional Rhythm and Blues structures, challenged Pop music conventions, and redefined what was possible on stage, in the recording studio, and on vinyl. Now into their 53rd year, the band is still going strong and winning rave reviews.