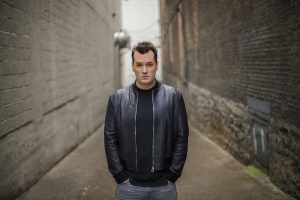 UNCASVILLE, CT (July 11, 2017) – Presented by COMIX Mohegan Sun, the hilarious Jim Jefferies is set for a stand-up comedy performance in the Theater at Mohegan Sun Arena on Friday, October 27th.

Tickets are $60.00, $50.00 and $40.00 and go on sale Friday, July 14th at 10:00am through Ticketmaster. Ticketmaster customers may log on to ticketmaster.com or call Ticketmaster’s national toll free Charge By Phone number 1.800.745.3000.  Tickets will also be available at the Mohegan Sun Box Office beginning on Saturday, July 15th, subject to availability.

Jim Jefferies is one of the most popular and respected comedians of his generation, entertaining audiences across the globe with his controversial, belief-challenging, and thought-provoking comedy. Jefferies is currently starring in the new Comedy Central hit late show, The Jim Jefferies Show. The Weekly series features Jim traveling across the globe to tackle the week’s top stories and controversial issues of the day.

His international stand-up tour, The Unusual Punishment Tour, kicked off last summer to rave reviews. Last summer also marked the release of his fifth major stand up special in seven years, Freedumb. The special is Jim’s second to air on Netflix and follows the huge success of Jim Jefferies: BARE, in which he delivered a now iconic routine on guns and gun control in the United States. Jim created, wrote, produced, and starred in the critically acclaimed FX series, Legit, which ran for two seasons and has since gained a cult following.