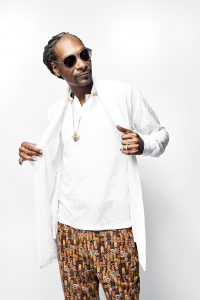 Brunch with Martha Stewart and special guest Snoop Dogg
Sunday, January 28th from 11:00am to 2:00pm in the Uncas Ballroom.
Tickets are $90.00 per person.

In 2016, Martha Stewart and Snoop Dogg collaborated for their hit TV show Martha & Snoop’s Potluck Dinner Party that is now in its 2nd season on VH1. During each episode, Martha and Snoop make a meal tackling a new food theme and mix up drinks for a dinner party with surprise celebrity guests. This past year the show led Martha and Snoop to receive an Emmy nomination for “Best Host for a Reality or Reality-Competition Program.”

About Snoop Dogg:
An entertainment icon, Snoop Dogg has reigned for more than two decades as an unparalleled musical force who has raised the bar as an entertainer and globally recognized innovator. Snoop defines entertainment history. The multiple Grammy-nominated artist has set records with his seminal album Doggystyle, which debuted at #1 on the Billboard 200 chart. Throughout his career, Snoop’s chart-topping hits, include “Gin & Juice,” “Who Am I? (What’s My Name?),” “Nuthin’ But A ‘G’ Thang,” “Next Episode,” “Beautiful,” “Drop It Like It’s Hot,” “Signs,” “Sensual Seduction”, “I Wanna Rock” and “Young, Wild and Free.” Snoop recently released his successful album, Make America Crip Again.
As a trendsetter of Pop culture and tech mogul, the Emmy-nominated icon has multiple TV, film and content partnerships; including his popular entertainment WestFestTV channel on YouTube and with MTV, VH1, Turner Broadcasting, Apple and more. Snoop is the Co-Founder of MERRY JANE, the fastest growing media platform at the crossroads of Pop culture, business, politics, health and the new generation of sophisticated cannabis culture for all.