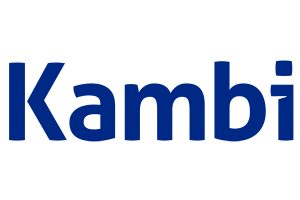 Following a competitive process, MGE selected Kambi in part due to its track-record of lawful and responsible delivery in the U.S., including the quality and flexibility of its sports wagering products, trading and risk management capabilities and unrivalled speed to market – both online and on-property.

Since the repeal if the federal sports betting ban in the U.S. last May, Kambi has built a leading position in two of the largest states to have regulated thus far; New Jersey and Pennsylvania, as well as processing the historic first legal online wager in the country outside of Nevada.

While sports wagering has yet to be regulated on an intrastate basis in Connecticut, Mohegan Sun supports pending state legislation to legalize the activity as early as this year. Under existing tribal-state agreements between the Mohegan Tribe and the State of Connecticut and similar agreements with the other federally recognized tribe in the state, commercial casino games are operated exclusively by the two federally recognized tribes.

In the meantime, the Kambi Sportsbook will be integrated into Mohegan Sun’s iPro gaming platform to power a free-to-play sportsbook, enabling Mohegan Sun guests to familiarize themselves with the Kambi product ahead of a regulated real-money launch.

Due to the uncertain regulatory timetable, Kambi is unable to guide on what impact, if any, the deal will have on its 2019 revenues, however, the strategic alliance is expected to generate material income in future years.

Kristian Nylén, Kambi Chief Executive Officer, said, “Kambi’s strategy in the US is to partner with the biggest and best gaming operators each state has to offer. In Mohegan Sun, not only have we partnered with one of the two largest casinos in Connecticut, but also one of the leading gaming and entertainment destinations across the whole of the country.”

Aviram Alroy, VP of Interactive Gaming for Mohegan Gaming & Entertainment, said; “Mohegan Sun’s goal is to utilize our brand and strong presence in the state and after a long vetting process, we found that Kambi was best positioned to complement that, as they’re the most sophisticated and comprehensive Sportsbook out there.

“That, along with a highly experienced and responsive team, placed Kambi well above the competition in the selection of a sports betting strategic partner in Connecticut.”

Kambi utilises a best of breed security approach, and is ISO 27001and eCOGRA certified. Kambi Group plc is listed on First North at Nasdaq Stockholm under the symbol “KAMBI”. The Company’s Certified Advisor is Redeye AB.

Mohegan Gaming & Entertainment (MGE) is a master developer and operator of premier global integrated entertainment resorts, including Mohegan Sun in Uncasville, Connecticut and INSPIRE in Incheon, South Korea. MGE is owner, developer, and/or manager of integrated entertainment resorts throughout the United States, including Connecticut, New Jersey, Washington, Pennsylvania, Louisiana, Northern Asia, and beginning in 2019 Niagara Falls, Canada. MGE is owner and operator of Connecticut Sun, a professional basketball team in the WNBA and New England Black Wolves, a professional lacrosse team in the National Lacrosse League.  For more information on MGE and our properties, visit mohegangaming.com.