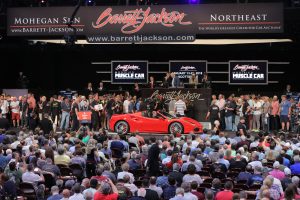 Barrett-Jackson, The World’s Greatest Collector Car Auctions, will continue accelerating during its 4th Annual Northeast Auction at Mohegan Sun in Connecticut, June 26-29, 2019. Following the company’s recent record-breaking Scottsdale and Palm Beach events, this year’s Northeast Auction will carry the excitement for professionally built Resto-Mods and contemporary supercars, along with 1980s and 1990s performance vehicles, classic trucks, SUVs and 4x4s. Hundreds of collector vehicles and more than 450 pieces of authentic collector automobilia are expected to cross the auction block, nearly all at No Reserve.

“There is no doubt that the excitement felt in Scottsdale and Palm Beach will continue in the Northeast,” said Craig Jackson, chairman and CEO of Barrett-Jackson. “This year has been a year of record sales and massive growth in developing segments of the collector car market. We are thrilled to be a catalyst of these market developments while simultaneously delivering on the segments of the market that continue to be as strong as ever.”

Barrett-Jackson’s 4th Annual Northeast Auction returns to Mohegan Sun with an action-packed automotive lifestyle event for the whole family. On Wednesday, June 26th, Shell Pennzoil is revving up the excitement as the sponsor of Barrett-Jackson’s Family Value Day with free admission for high school students (with proper identification) and younger. Families can enjoy an auction preview, along with automotive and family activities based on Science, Technology, Engineering and Math in a new STEM Center attraction.

During the four-day event, guests can also enjoy Ford Hot Laps and Dodge Thrill Rides on an expansive 110,000-square-foot track. Other activities include the DIY Pavilion featuring live builds from Factory Five, hands-on demonstrations from Adams Polishes, Dannmar MaxJax, Bad Dog Tools and more. Attendees wanting to learn more about the collector car hobby from automotive experts and celebrities can do so at a series of complimentary Behind the Hobby Collector Car Symposiums. To view the full Northeast Auction schedule of events, click here.

On Saturday, June 29th, General Motors and Barrett-Jackson will offer the opportunity of a lifetime with the auction of the final production seventh-generation Chevrolet Z06 Corvette. One-hundred percent of the hammer price will benefit the Stephen Siller Tunnel to Towers Foundation, named for New York City firefighter Stephen Siller, who died during the September 11th attacks.

“We’re honored to be able to help great companies like GM raise money and awareness for critical organizations like the Stephen Siller Tunnel to Towers Foundation,” said Steve Davis, president of Barrett-Jackson. “It’s a great privilege to be a part of this historic moment, selling the last Corvette of the current generation in support of our first responders and military heroes. You simply won’t find a more compassionate group of people than those inside the collector car community.”

This year’s Northeast Docket will feature some of the most coveted, professionally built Resto-Mods, including a 1968 Pro-Touring Chevrolet Camaro Custom Coupe. Originally built by RideTech and updated by No Limit Engineering, this Pro-Touring muscle machine is powered by a 6.2-liter 8-cylinder engine backed by a 6-speed manual transmission. Also crossing the block is a 4-door, 6-passenger 1969 Ford Bronco Custom SUV. This one-of-a-kind Bronco is powered by a Ford Racing 5.0-liter fuel-injected Coyote V8 crate engine and features custom marine-grade saddle upholstery.

Barrett-Jackson’s Northeast Auction will also be home to highly sought-after muscle and custom collector cars, including a 1970 Plymouth Road Runner Petty Superbird Re-creation. A five-year build under the supervision of legendary racer Richard Petty, this high-flying bird is powered by a brand-new old-style 572ci HEMI crate engine coupled to a 4-speed manual transmission. Another offering is a frame-off restored, matching-numbers 1968 Oldsmobile 442 Convertible, one of 1,518 produced with a 4-speed manual transmission. 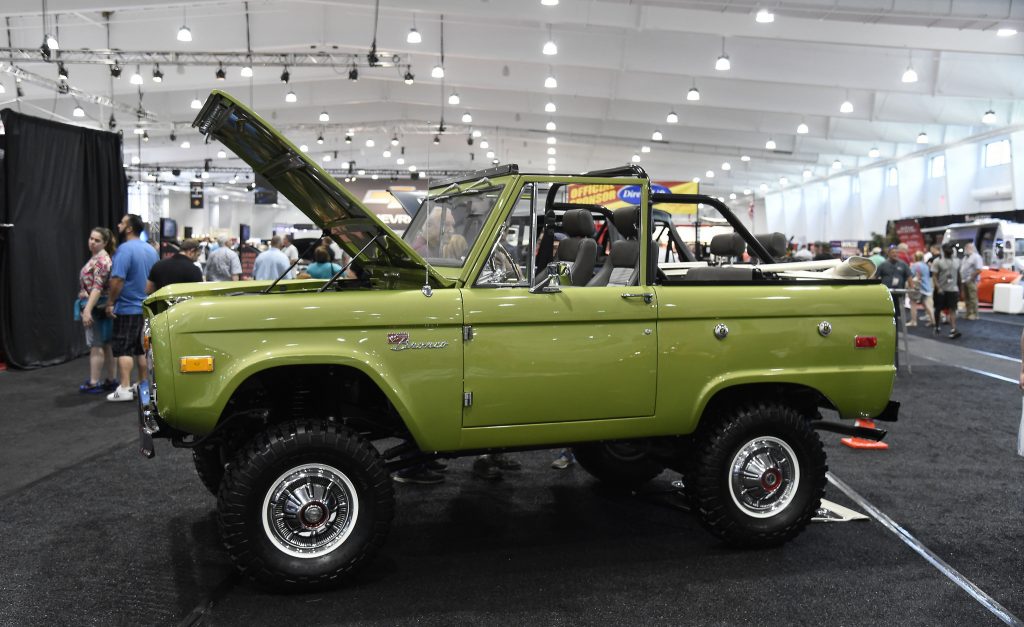 ABOUT THE BARRETT-JACKSON AUCTION COMPANY

Established in 1971 and headquartered in Scottsdale, Arizona, Barrett-Jackson, The World’s Greatest Collector Car Auctions®, is the leader in collector car and automotive lifestyle events, which include authentic automobilia auctions and the sale of high-profile estates and private collections. The company produces auctions in Scottsdale, Arizona; Palm Beach, Florida; at Mohegan Sun in Connecticut; and Las Vegas, Nevada. With broadcast partners MotorTrend (formerly Velocity) and Discovery Channel, Barrett-Jackson features extensive live television coverage, including broadcasts in over 150 countries internationally. Barrett-Jackson also endorses a one-of-a-kind collector car insurance for collector vehicles and other valued belongings. For more information about Barrett-Jackson, visit Barrett-Jackson.com or call 480-421-6694.