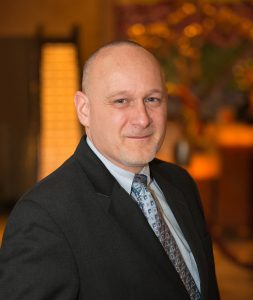 integrated entertainment resorts (IER) worldwide today announces two important promotions to further sustain and promote the company’s growth and development as part of its strategic growth plan for Connecticut and beyond. After more than 15 years of service to the Tribe, Ray Pineault has been appointed to Regional President for MGE, while Jeffrey Hamilton has been promoted to President and General Manager at the flagship property, Mohegan Sun Connecticut.

“As a company in the midst of unprecedented growth, it is a priority for us as an enterprise to build the best team of senior executive leaders to support and oversee the continued development of MGE both domestically and internationally, said Mario Kontomerkos, Chief Executive Officer of Mohegan Gaming & Entertainment. “With more than 30 years of combined Mohegan experience between them, we are confident that Ray will be instrumental in driving results within the growing fleet of MGE properties and couldn’t be more pleased to have Jeffrey Hamilton take the reins of our flagship resort and continue raising the standards of excellence at home.” 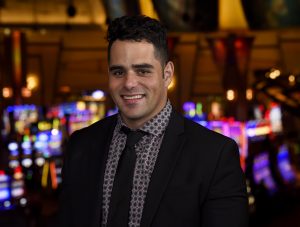 Assisting in the day-to-day operations of Mohegan Sun Connecticut under the guidance of Ray Pineault and senior leadership for four years as Assistant General Manager, Jeff Hamilton is poised to take the helm as President and General Manager of the property with more than 15 years of Mohegan experience. In his new role, Jeff will be responsible for achieving overall business objectives and the strategic planning and operational results of Mohegan Sun and will also drive and oversee the development and implementation of capital and operating budgets, marketing business plans, technology, the guest experience, human capital development, and operational business plans.

Effective immediately, Mohegan Gaming & Entertainment will be conducting a global search to fill the role of Assistant General Manager of Mohegan Sun Connecticut.