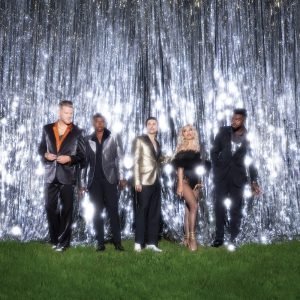 Tickets are $75 & $55 and go on sale Friday, October 1st at 10:00am via Ticketmaster.com. Tickets will also be available at the Mohegan Sun Box Office beginning Saturday, October 2nd, subject to availability.

The tour requires all attendees to have received a negative COVID-19 test within 72 hours, or be fully vaccinated against COVID-19 (at least two weeks after final dose) and provide proof of vaccination prior to entering the venue. Unvaccinated fans under 12 years of age will be required to take a COVID-19 diagnostic test within 72 hours before the event and must provide proof of negative result prior to entering venue. Entry requirements and venue protocols are subject to change.

Pentatonix has sold more than 10 million albums worldwide and performed for hundreds of thousands of fans at their sold out shows across the globe. Their YouTube channel boasts over 19 million subscribers, yielding more than 5 billion video views.

Pentatonix has had two No. 1 albums on Billboard’s Top 200 Chart – 2015’s gold-certified self-titled album and the two-time platinum That’s Christmas To Me. The group has received multiple RIAA certifications for multi-platinum, platinum and gold-selling albums and singles, a Daytime Emmy nomination, starred in three holiday specials on NBC and appeared in the feature film Pitch Perfect 2.

Last summer, Pentatonix released At Home EP, which featured new arrangements of “Blinding Lights” (The Weeknd), “when the party’s over” (Billie Eilish), “Break My Heart” (Dua Lipa) and “Dreams” (The Cranberries), before releasing two original songs, “Happy Now” and “Be My Eyes” (from their album, The Lucky Ones), as well as an arrangement and video for Tears for Fears’ “Mad World“.  The quintet also celebrated the end of 2020 with a new holiday collection, We Need A Little Christmas, and performances at Macy’s Thanksgiving Day Parade and NBC’s New Year’s Eve broadcast. Most recently, Pentatonix released their new original album, The Lucky Ones, in February of 2021 and The Lucky Ones Deluxe in September of 2021.