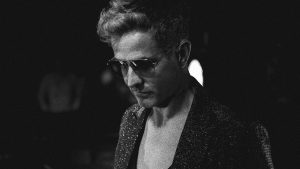 Ahead of his already sold-out show at Carnegie Hall, Joey McIntyre will be performing live at Mohegan Sun. Joey McIntyre Live in Concert will take place at The Cabaret Theatre at 8:00pm on Wednesday, January 11, 2023.

Tickets are $149, $99, and $59 and go on sale Thursday, December 8th at 10:00am via ticketmaster.com. Tickets will also be available at the Mohegan Sun Box Office beginning Friday, December 9th, subject to availability.

Best known as the youngest member of New Kids on the Block, Joey McIntyre has also enjoyed success as a solo artist, starting with his debut album Stay the Same, which is certified Gold and delivered a top ten single penned by Joey himself. He has worked extensively as an actor in film and television and has a long history in the theatre, including his Broadway debut in Wicked, and most recently in Broadway’s Waitress.

Through it all, McIntyre has bore a passion to write and record music. Since their reunion in 2008, NKOTB have released three top ten albums on the Billboard 200. On those albums, McIntyre has co-written more than half a dozen songs including “Still Sounds Good” and the Blockhead anthem “Block Party.”

“This will be a special night for both Joey McIntyre and Mohegan Sun as we are happy to host yet another signature event in such a beautiful venue,” said Tom Cantone, President of Sports & Entertainment for Mohegan.

About The Cabaret Theatre

ABOUT MOHEGAN SUN: Owned by Mohegan, Mohegan Sun is one of the largest, most spectacular entertainment, gaming, dining and shopping destinations in the United States.  Situated on 185 acres along the Thames River in scenic southeastern Connecticut, Mohegan Sun is home to two unique casinos, 1,600 deluxe hotel rooms, two world-class spas, a golf course, over 70 shops, restaurants and bars as well as three award-winning entertainment venues including a 10,000-seat Arena. Mohegan Sun is within easy access of New York, Boston, Hartford and Providence and located 15 minutes from the museums, antique shops and waterfront of Mystic Country. More information is available by calling 1.888.226.7711 or visiting mohegansun.com. Connect with us on Facebook, follow us on Twitter and Instagram @mohegansun, view us on YouTube and find us on Snapchat at username MoheganSun.