Guests can enjoy beer from Boston Beer Company, learn from Boston’s most talented chefs and eat some delicious food 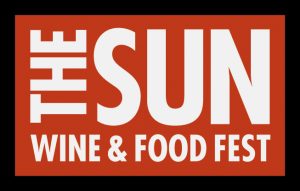 around the corner and with that, Mohegan Sun is excited to announce a very special opening night event: Boston Brews & Bites. The event will feature some of ...

As Tom Scholz wrote in the Rock anthem on the BOSTON album Don’t Look Back, "It’s a Party, Party, Party!" Indeed, the 40th anniversary BOSTON tour promises to be a celebration honoring the group’s loyal fans. Many of them have supported BOSTON since 1976 when the debut album, Boston first hit the airwaves and took Rock radio by storm, so it’s not surprising to see concert audiences that span generations. The tour heads to Mohegan Sun Arena for a Thursday, August 11th concert, set for 7:30pm!

This summer, Tom Scholz' BOSTON will be returning to Mohegan Sun for a highly anticipated concert slated for Thursday, August 13th. Mohegan Sun Arena is excited for another great night of Rock when one of the all-time bands of our time heads back to Uncasville, CT. It all kicks off at 7:30pm with special guest Rick Springfield!

Tom Scholz' band Boston will embark on a highly anticipated summer tour in June of this year following the successful release of their latest album, Life, Love & Hope. Always a huge crowd pleaser with their high-energy stage show, out-of-this-world sound, and remarkable musicianship and singing, Boston will feature the personnel and music from their highly acclaimed 2012 tour with some exciting additions. The band prides itself on performing a totally live show without the use of prerecorded music or technical enhancements, delivering the exceptional sound that is faithful to their studio recordings. Mohegan Sun welcomes the Rock & Roll heavyweights on Saturday, June 28th for an 8:00pm concert.

Pitchers set to sign autographs and greet fans at 9:30pm on Friday, April 20th at the Spin Street Stage

WHAT: Mohegan Sun will be at a fever pitch when its Signings & Sightings presents Jon Lester and Felix Doubront for an exclusive appearance.  See these baseball pitchers take the mound at Mohegan Sun to sign free autographs and talk with their legions of fans.
*Participation is on a first-come, first-served basis. Due ...

*Participation is on a first-come, first-served basis. Due to time restrictions, only specified m WHEN: Sunday, April 15therchandise will be signed. No sports memorabilia will be signed. 2:00pm – 3:00pm Spin Street Stage, The Shops at Mohegan Sun IN DETAIL: Mohegan Sun’s Signings & Sightings, presented in collaboration with Spin Street, is a one-of-a-kind experience that allows guests to get up-close-and-personal with some of the world’s biggest entertainers.  Whether it’s an up-and-coming band, well-known comedian or chart-topping musician, a Signings & Sightings event provides artists with an exciting opportunity to share their latest work in an interactive way with fans.  Spin Street, located in The Shops at Mohegan Sun, offers a variety of music, movies and entertainment memorabilia with special signing merchandise available for each Signings & Sightings event. ABOUT SHAQUILLE O’NEAL: Shaquille O’Neal is widely regarded as one of the most dominant athletes of all time as well as one of the greatest centers in professional basketball history. O’Neal, a graduate of Louisiana State University, is one of the few pro players ever to reach the Finals with three different teams (Orlando Magic, Los Angeles Lakers and Miami Heat). He started his career with the Orlando Magic in 1992 and finished it with the Boston Celtics, retiring last year after 19 memorable seasons.  During his career, “Shaq” would produce some of the most staggering numbers of any player to grace the hardwood as well as amassing countless accolades. He was named an all-star 15 times, a member of four professional Championship teams, 2-time scoring champ, 1992-1993 “Rookie of the Year” honors and holds claim to the 6th most total points in history with 28,596. O’Neal can now be seen regularly alongside colleagues and former basketball stars Charles Barkley, Kenny Smith and host Ernie Johnson on TNT’s Inside the NBA. ABOUT MOHEGAN SUN: Mohegan Sun, owned by the Mohegan Tribal Gaming Authority, is one of the largest, most distinctive and spectacular entertainment, gaming, shopping and dining destinations in the United States.  Situated on 185 acres along the Thames River in scenic southeastern Connecticut, Mohegan Sun is within easy access of New York, Boston, Hartford and Providence and located 15 minutes from the museums, antique shops and waterfront of Mystic Country.  More information is available by calling 1.888.226.7711 or visiting mohegansun.com. READ MORE