Live on Saturday, May 11th 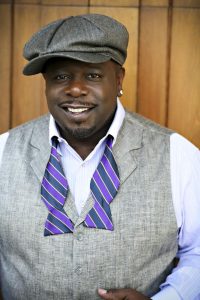 UNCASVILLE, CT (March 11, 2019) – Charismatic actor and comedian, Cedric “The Entertainer” is best known for his crowd-pleasing performances in hit films and television shows such as Barbershop, Be Cool, The Original Kings of Comedy and TV’s #1 new comedy The Neighborhood on CBS, to mention just a few of many more.  Cedric will be performing at Mohegan Sun Arena on Saturday, May 11th at 8:00pm.

Numerous motion picture appearances, countless television shows, sitcoms and standup specials, a talk show, three radio shows, and two books. Cedric ‘The Entertainer’, Eddie Griffin, D.L. Hughley, George Lopez and Charlie Murphy have been breaking ground in the comedy business and bringing the laughs for decades. This is a once in a lifetime chance to see five members of comedy royalty come together for the comedy event of the year, ‘The Comedy Get Down’ is on Saturday, November 7th at Mohegan Sun Arena at 8:00pm.